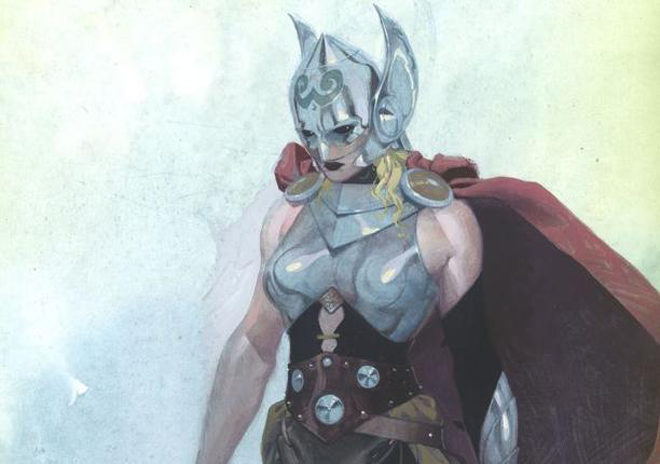 Yes, you read the title correct and perhaps this has never really happened in the history of comic books! It isn’t entirely clear why this transformation is actually taking place, BUT IT IS TAKING PLACE!

In its new comic book run that is scheduled to begin from October, Thor shall no longer be a son of Odin, but instead be a woman (it’s not entirely clear if she’d be called as the daughter of Odin).

The series writer Jason Aaron said in a statement: “This is not She-Thor. This is not Lady Thor. This is not Thorita. This is THOR. This is the THOR of the Marvel Universe. But it’s unlike any Thor we’ve ever seen before.” Well Mr Jason, we don’t know that exactly for the new THOR, but surely this incident isn’t anything like we had seen before.

What really intrigues me is how the gender change is really going to happen? I’m sure it could be like THOR sees Michael Jackson getting his gender changed and thinks “Oh! That’s got to be cool, let me try out!”

Let us know your opinion on THOR is now a woman!and subscribe to our newsletter to get insightful stories daily in your inbox.