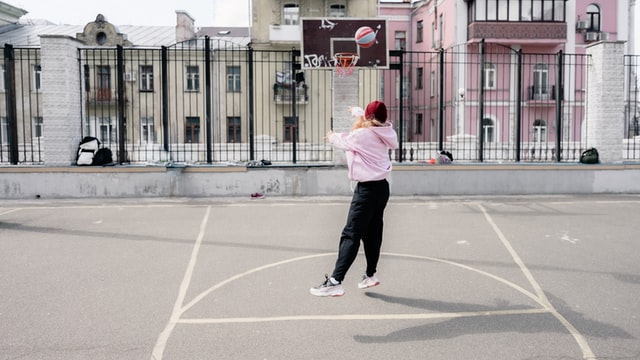 The Women’s National Basketball Association (WNBA) in the United States is the female equivalent of the NBA. It was founded 25 years ago in 1996 and began with 8 teams. More teams have been added to the roster over the years with the current number of teams at 12. The game has been popular since its inception and has produced some champion players in its time. Here is a list of a few of the all-time greats.

A native of California, Taurasi was interested in sport from a young age, as her father was a professional soccer player in Italy. She is always on the list of best WNBA players of all time and for good reason. After a wildly successful college career, where she won multiple awards including the Naismith College Player of the Year and the Honda Sports Awards both in 2003 and 2004. She started playing with the Phoenix Mercury in 2004 where she won WNBA Rookie of the Year. Taurasi is still playing for the Mercury and has been named the USA Basketball Female Athlete of the Year 4 times: 2006, 2010, 2012, and 2016.

Drafted by Seattle Storm in 2002, Bird has become one of the most prolific players of the WNBA and has been playing basketball since her childhood. She saw success in college winning many awards including the AP College Player of the Year in 2002 as well as the Honda Sports Award and the Naismith Award. After she was recruited to the pros in 2002, she maintained her impressive playing skills, scoring a career-high 33 points in a game against the Portland Fire. 2004 saw Storm’s first WNBA Championship, which they repeated another three times in 2010, 2018, and 2020, with Bird being the backbone to these successes. If she was included in the NBA playoff betting her team would have been an easy choice. At 41, she is currently the oldest player to have played in the WNBA and shows no signs of slowing down.

A year after the WNBA began, Lisa Leslie was selected by the Los Angeles Sparks and played there until her retirement in 2009. She has quite a few accolades under her belt including three times WNBA MVP (2001, 2004, and 2006), and two times WNBA Defensive Player of the Year in 2004 and 2008. Leslie was also the first player in the WNBA to dunk the ball, which happened in a game against Miami Sol in July of 2002.

Australian Lauren Jackson was a champion WNBA player who played for Seattle Storm from 2001 to 2012. At 6 feet 5 inches tall she was the obvious choice for power forward and center positions and along with Sue Bird and Betty Lennox created a trio of first-class players who led the team to Championships in 2004 and 2010. Jackson was also named the WNBA Most Valuable Player (MVP) three times, in 2003, 2007 and 2010. Unfortunately, she suffered a hamstring injury in 2013 and was unable to make it back to the Storm for the 2013 season.  After she retired from professional basketball in 2016, she was inducted into the Woman’s Basketball Hall of Fame in 2020. Jackson also has a stadium named after her in Albury, Victoria called the ‘Lauren Jackson Sports Centre’.