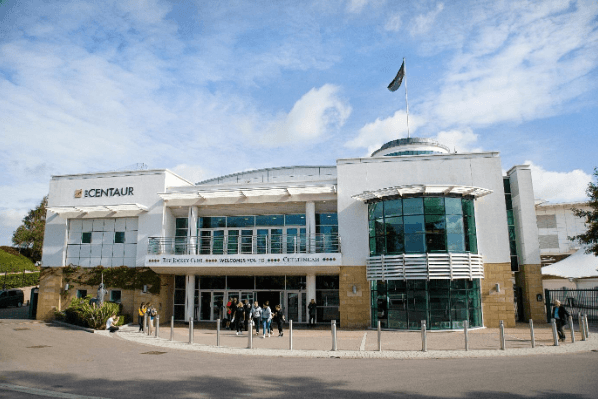 It has become one of the most iconic racing venues across the world, and Cheltenham Racecourse has a rich history that extends back over two hundred years. It was in 1918 when the first official race meeting was held in Cheltenham. This took place on Nottingham Hill and was a flat race meeting, something which remained unchanged for the next three years before moving to Cleeve Hill in August 1818.

As racing’s popularity increased across the country, the number of visitors attending the racecourse increased to some 30,000. During this time, there was a two day meeting in July, which featured the much coveted Gold Cup, which at the time was a three mile flat race, a far cry to the modern-day Gold Cup race.

The racing remained at Cleeve Hill until 1831, when it was moved to Prestbury Park, where it has remained ever since. The reason for the move to its current location was in part down to Cheltenham’s Parish Priest, Reverend Francis Close, who was known for preaching of the evils of horseracing. This in turn led to members of his congregation disrupting the 1830 race meet.

Shortly before the 1831 meeting, the grandstand at the racecourse was burned to the ground and the decision was made to relocate the racing to the nearby Prestbury Park. Steeplechasing, which had yet to be established, wouldn’t relocate to the racecourse until 1898, in the meantime being hosted at Andoversford from 1834.

From 1898 until 1964, a number of private owners owned the course, but that all changed when Jockey Club Racecourses was formed in order to secure the future of racecourses up and down the country, but most notably the Cheltenham course at Prestbury Park.

The course needed heavy investment, particularly in modernizing the facilities to cope with the increasing crowd numbers. It was during the 1960s that the Jockey Club Racecourses provided the funding to improve the facilities, with the Tattersalls Grandstand being built during this time.

Unlike during the 1930s until the 1950s, the 1970s and 1980s saw continual investment in the venue. Firstly, the Main Grandstand was built in the late ‘70s, and it was then extended twice during the ‘80s. As a way to generate more income for the course, the upper levels of the Main Grandstand were adapted for hospitality purposes, helping to secure the future of the course, essentially helping it to pay for itself.

This investment continued into the 1990s, when the racecourse had a pre-parade ring installed and an entrance into the Hall of Fame was added.

The most recent redevelopment to the racecourse occurred from 2013 to 2015, when Kier developers built a whole new grandstand to replace the previous infrastructure. Not only did they build the grandstand, but they also built a crescent walkway, designed to ease spectators’ movement, a problem caused by the ever-increasing numbers of people attending the festival.

Nowadays, Cheltenham Racecourse is one of the biggest events in the racing calendar, with the Gold Cup often generating millions of pounds for bookmakers such as Paddy Power, and the Cheltenham Gold Cup 2019 will be no different.