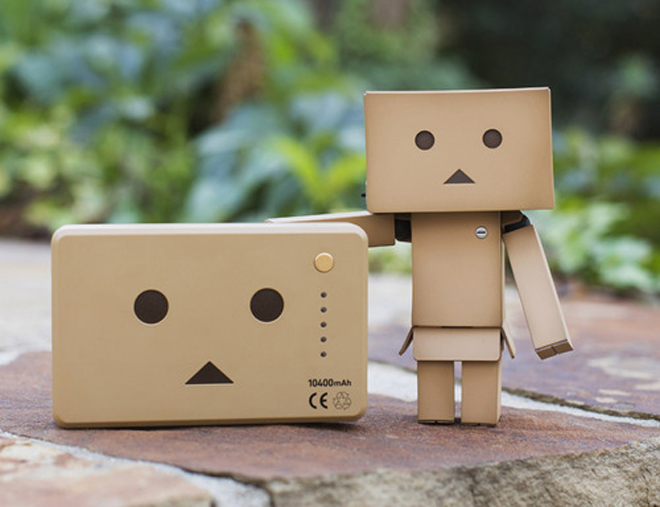 cheero power plus danboard version battery is one of the finest portable charger available in market right now and it comes in two variant “One is standard version with capacity of 10400 mAH and other is mini version with capacity of 6000 mAh” . Apart from this, If we’re talking about the look and feel of this particular device so it looks so attractive as the outer design of these chargers are inherited from a manga series called Yotsuba.

In addition to this, we have tested this particular gadget for almost one and the half month to see its competence so that we will able to provide clear impression of this gadget to our users.

We had two products (Standard and Mini version of Danboard) in a box from cheero, manufacturer of these portable chargers.

Before posting any verdict, I would like to tell you about some basic specifications and compatibility of these devices as revised by manufacturer.

Compatible with all Major Digital Devices:

Both cheero Power Plus DANBOARD versions are designed to prevent overcharging, short circuits and overheating. An automatic shut-down feature activates when device charging is complete. First we’ll look at big daddy charger and here standard version of danboard has almost every feature and quality which makes this device standalone portable charger.

In our test, this particular variant took almost one hours to charge 55% battery of my android smartphone and it allows me to charge my smartphone for 5 times but only with one device at a time.

But when i have tried to charge two devices at same time then it took longer time than usual to make my single smartphone to have above 55% charge in one hour.

But main challenge was faced by us while reviewing this device is to fully re-charge the danboard 10,400 version as it asks for whole day to get it fully charge which is a big issue but it comes as a natural thing to charge a power house of 10,400 mAH battery.

When it comes to talk about the mini version of Danboard charger so it looks almost similar to standard version except for size but it has almost similar capacity in comparison of standard one but it allows you to charge your smartphone for 2-3 times only but has no guarantee that whether you’ll get your smartphone charged fully for each time or not. But when you’ll try to charge two devices at same then it allows you to charge your device one more time only. But you will able to charge this device in less time in comparison of 10,400 mAh danboard.