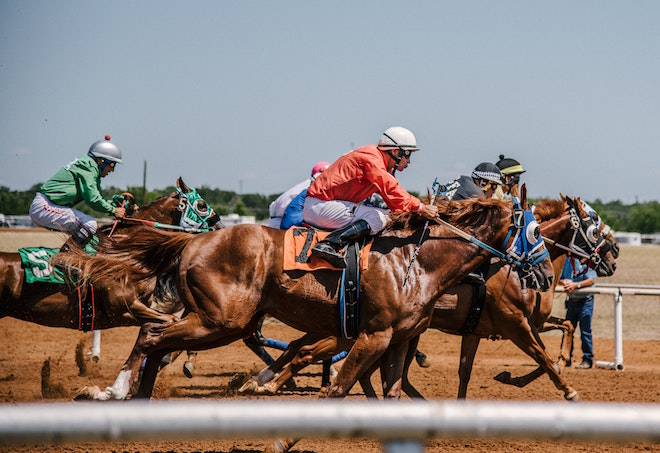 On Friday 13th March, 24 horses will line up to race in Cheltenham Festival’s ‘Blue Riband’ event, the Gold Cup. Boasting a total prize fund of £625,000, not only is the Gold Cup the most valuable non-handicap chase in the UK, but the three-mile and the two-and-a-half-furlong race is the pinnacle of the jump season. Punters are already scrambling to find the latest Gold Cup betting odds and ahead of what is deemed an unlucky date, we will give you all you need to know.

Returning winners
Of the current 29 entries, there are two returning winners. The current favorite to win the Gold Cup is Willie Mullins’ Al Boum Photo, who handed the Irish trainer his first win in the race last year. Mullins had saddled the runner-up on six occasions previously, so the victory was a long time coming, and he could well make it back-to-back wins this year. Not since Best Mate’s trio of Gold Cups between 2002 and 2004, has a horse successfully defended their title and while there may be pressure on Al Boum Photo next month, the French-bred eight-year-old returns to the New Course in good form, having won the Savills Chase at Tramore on New Year’s Day.

Kauto Star is the only horse to regain the Gold Cup, having won in both 2007 and 2009 and Native River is looking to emulate his success. The Colin Tizzard-trained horse won the 2018 Gold Cup and despite finishing fourth in last year’s race, the chestnut’s owners believe he is “back to his best”. The 10-year-old won the Many Clouds Chase at Aintree in early December by a mammoth 33 lengths and will feature in the Newbury Denman Chase as further preparation for the Gold Cup.
via ytCropper
Ireland representing
It’s Mullins and fellow Irish trainer Gordon Elliott who dominate the entries with four horses each. Like Mullins, Elliott has just one sole Gold Cup win – Don Cossack in 2016 – and there’s no doubt the two will do battle for success this year. Among Elliott’s hopefuls is the 6/1 shout Delta Work, who has won his last two races. Mullins isn’t resting all his laurels on Al Boum Photo, with Kemboy one of the other early favourites at odds of 7/1.
Henry de Bromhead enters three horses, while Jessica Harrington hangs her hopes on Jett, following the recent news that former winner Sizing John has suffered yet another set-back and will be out for the season. Last year’s favourite Presenting Percy, trained by Irishman Pat Kelly, returns for another stab at success, with Noel Meade and Paul Nolan also representing.

Leading trainer
No currently active trainer has enjoyed more victories in the Gold Cup than Paul Nicholls. Despite last winning the race over a decade ago in 2009 with Kauto Star, he has won the prestigious race four times, courtesy of See More Business (1999), Kauto Star (2007 and 2009) and Denman (2008). This year, the handler has two entries: Clan Des Obeaux and Frodon. The latter secured a memorable win for Bryony Frost in The Festival Trophy at last year’s meeting and more recently won the Silviniaco Conti Chase at Kempton. The eight-year-old gelding will enter the Ascot Chase, but Nicholls believes his horse has “enough in the tank” ahead of next month’s big race.
Latest odds
7/2 – Al Boum Photo
5/1 – Santini
6/1 – Delta Work
7/1 – Kemboy; Lostintranslation
8/1 – Clan Des Obeaux