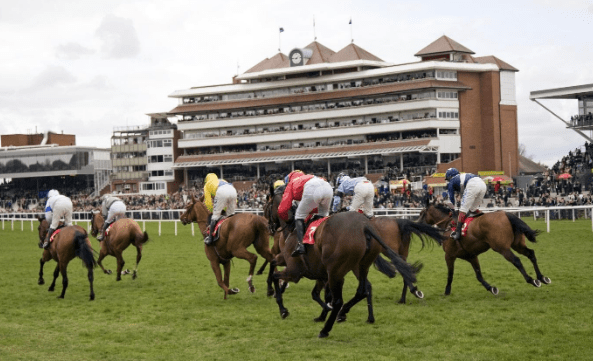 Punters are already keeping a close eye on the form guides and the betting tips ahead of the two massive events, and there is one horse that stands out amongst the many names.

That horse is Native Rive. The Collin Tizzard-trained 10-year-old is bidding to win both the Gold Cup and the Grand National, and the Ulster bred horse can be backed at 12/1 if you’re looking for a bet on the 2020 Cheltenham Gold Cup.

The 2018 Gold Cup champion is heading into the festival in fine form having won the Grade Two Denman Chase for the third time, by almost three lengths at Newbury on Saturday, whilst he also scooped the Grade Two Many Clouds Chase at Aintree in December.

While Native River’s Gold Cup entry is confirmed, we will have to wait to find out if he carries the weight for the Grand National, which will be confirmed at the traditional lunch, which is held on February 11th in Liverpool.

If the Brocade Racing horse carries the top weight, he’ll head into the National third favourite at 16/1, and could be worth a punt as he has won his two starts over the famous Aintree hurdles in the past.

“They left him alone today and no one decided to come with us. It was a lovely prep race for the Gold Cup,” Tizzard said after Saturday’s race

“Jonjo felt as if he hadn’t really got serious with him. He gave him a couple of little flicks and he was away and that is him all over. He is hardly blowing there.

“It is quite interesting, when they jumped the cross fence twice the young man thought they were going long and the old man said, ‘not yet’. That cross fence can undo a lot of horses, but he is neat and handy.

“When he came here two years ago it was his first run (of the season) and we wanted to replicate that a bit. You always wonder if you have done enough on the gallops and we haven’t taken him away at all. We just try and trust ourselves a bit.”

The 10-year-old has also won the Hennessy Gold Cup and has experience in the Nationals with a victory in the Welsh Grand National back in 2016.

Tizzard has just two horses in the initial 105 entries for the National with Elegant Escape just behind Native River in the betting at 20/1. However, the eight-year-old didn’t record a victory in 2019 and is yet to race this year.

The John P Romans-owned horse is also set to race in the Gold Cup, but is a massive outside at 50/1.