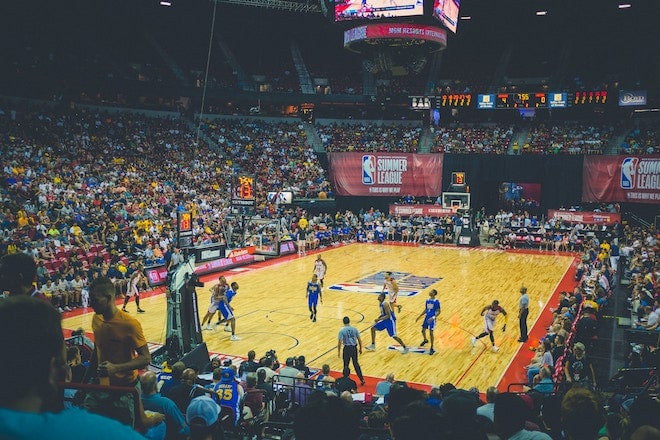 The 2019-20 NBA season got underway last month, and things in both the Eastern and Western Conferences are already hotting up. We’ve got another five months of frantic court action to come, but who are the leading form teams to watch out for? Let’s take a look at some of the current pack.

In the Eastern Conference, the Celtics top the table with nine wins and a loss from their opening 10 matches. Having suffered defeat in their first match of the season against the Philadelphia 76ers (107-93), the Celtics have gone on to win their next nine games. Despite beating last year’s NBA champions the Toronto Raptors at The Garden (112-106), Brad Stevens’ side still isn’t favored if you’re into NBA betting and odds. Last season, the Celtics went on an eight-match unbeaten run before finishing fourth in the Conference and lost the play-off semi-finals to the Milwaukee Bucks. The most successful basketball team in NBA history, the Celtics will be hoping their good form continues to compete for an 18th championship at the end of the season.

The Rockets sit second in the Western Conference, with eight wins and three losses from their first 11 games of the season. They are the conference’s in-form team, boasting a better record from their last five matches than the likes of the LA Lakers and Championship favorites the LA Clippers. Currently riding a five-match winning streak, the Rockets have also scored the most points in the Western Conference. Under James Harden, the Rockets have won three division titles in the last five seasons, manging a Conference-Division double in 2017-18 before falling at the final hurdle in the Conference Finals. If they continue this early form, we can see them challenging again.

It wasn’t the best of starts to the campaign for the Pacers, who lost their first three matches. But they’ve picked up the pace and have turned their season around at this early stage, winning their last four games on the spin. They may only sit sixth in the Eastern Conference, but they boast the second-best current form behind the Celtics. The teams around them are all posting losing streaks, so the Pacers have the chance to capitalize on that. They’re massive outsiders for the Conference title, having won it only once (2000), and their biggest test is still to come with fixtures against the Bucks and Brooklyn Nets.

The top of the Western Conference is tight, with three teams having won eight games out of 11. One of them is the Utah Jazz, who are currently on a four-game winning streak. The Jazz has claimed some close victories, beating the Bucks 103-100 and the 76ers 106-104 and it’s these kinds of results that can make or a break a season. The only side in the Western Conference to be unbeaten at home, the Jazz faces the Minnesota Timberwolves twice in quick succession, which could well propel them up the standings. Never a Championship winner, the latest odds have Justin Zanik’s side as an outsider this season.

At the other end of the spectrum, the Washington Wizards sit bottom of the Eastern Conference, having won only twice all season, and are currently on a four-match losing streak. In equally bad form in the Eastern are the Charlotte Hornets, who earlier in the campaign won three successive matches but now find themselves without a win in four. In the Western Conference, the Golden State Warriors will hope their fortunes soon change. Bottom of the table with two wins having lost their previous five matches, they’ll soon have a mountain to climb with the teams above them all winning.