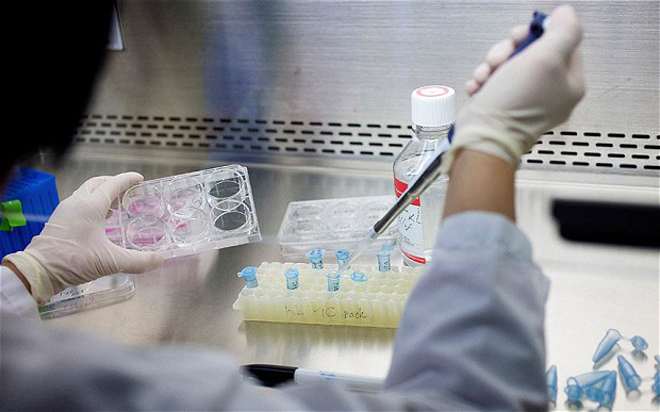 You might know from your science classes that your body is made up of cells that continue to multiply till a specific age, after which your cells starts to die (hence the term: aging). These cells, most of which are specific in their function have been the interest of human beings for the past many years. However, relatively recently there had been the discovery of stem cells that are pluripotent cells (pluri: many and potent: potential) which means that these cells can become any kind of cells such as nerve cells or muscle cells or blood cells.

Recent research has indicated that stem cell treatment may be helpful in treating blindness. According to the study, a pioneering treatment for progressive blindness has been proved safe three years after patients were injected with stem cells derived from human embryos.

The researchers said that more than half of the patients with macular degeneration – where the eye’s light-sensitive cells are progressively destroyed – experienced a significant improvement in their eyesight, but none showed any adverse effects due directly to the transplant of the embryonic cells.

Doctors injected the stem cells into the eyes of 18 patients – nine with Stargardt’s macular dystrophy and nine with dry, age-related macular degeneration – with the ultimate aim of repairing damaged photoreceptors in the retina at the back of the eye.

Additionally, it was found that about half of the patients had an improvement in visual acuity of three lines or more, which corresponds to a doubling of the visual angle, and is generally accepted as clinically significant. Moreover, subsequent testing found that 10 out of the 18 patients experienced substantial improvements in how well they could see. Hence, there has been a new road discovered in the fight against blindness and only with a little time would we find that this technique though is in its nascent stage now will be fully grown.

These findings have been published in The Lancet journals.

Let us know your opinion on “The Stem-Cell way to fight blindness” and subscribe to our newsletter to get insightful stories daily in your inbox.