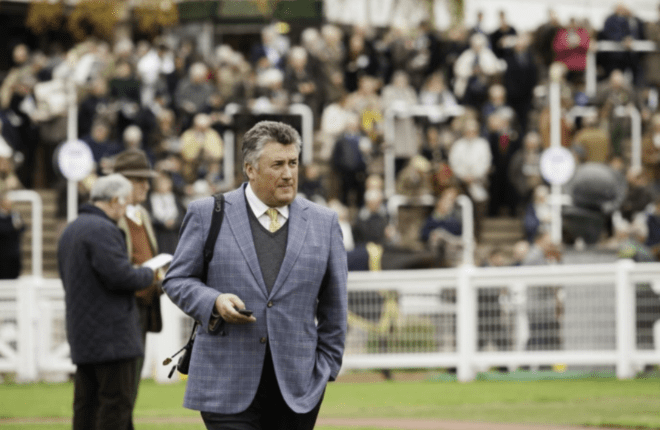 The early entries for the 2020 King George VI Chase are out, and 24 horses have been entered for the iconic Boxing Day race at Kempton. It’s going to be a festive meeting like no other, with the ongoing coronavirus pandemic meaning racegoers are unlikely to be in attendance. However, one thing’s for sure, there will be some familiar names lining up and waiting for the starter’s orders on December 26th.

As we count down the days to the historic race, let’s take a look at some of the horses who are favored in the betting exchange. Read on to find out more!

Trainer Paul Nicholls has won the Boxing Day race a record 11 times, five of which were with the legendary Kauto Star between 2006 and 2011, and the leading English National Hunt trainer is on course for his 12th King George VI – if the early odds are anything to go by. Cyrname was one the favourites for last year’s race but was beaten by a whopping 21 lengths by stablemate Clan Des Obeaux. After a fall as the heavy favourite in the Ascot Chase back in February, the eight-year-old bounced back with a victory in the Charlie Hall Chase at Wetherby on Halloween (October 31st), and will now head to the Surrey course as the favourite to win the Boxing Day race.

The Nicholls-trained Clan De Obeaux is the second favourite for this year’s race and is vying for three-successive victories in the King George VI. The eight-year-old beat Thistlecrack by a length-and-a-half in 2018, before that comfortable victory over Cyrname in last year’s meeting. Clan De Obeaux’s last outing was in the Cheltenham Gold Cup back in March, when jockey Harry Cobden could only guide the gelding to an eighth-place finish – some 17 lengths behind winner Al Boum Photo. Clan Des Obeaux is an early closer for the Lancashire Chase at Haydock on November 21st, so could head there as warm-up for the King George VI.

After winning last year’s Lancashire Chase, Colin Tizzard’s Lostintranslation went into the Boxing Day race as the second favourite. However, it was a disappointing afternoon for the two-time King George VI-winning trainer, as the eight-year-old pulled up three jumps out. Four days later, the gelding underwent wind surgery, and bounced back with an impressive third-place finish in the Cheltenham Gold Cup. Similarly to Clan Des Obeaux, Lostintranslation will head to Haydock for the Lancashire Chase, and he currently leads the market, as he aims for back-to-back victories at the Merseyside course.

Trainer Nicky Henderson will be hoping that Champ, who is named after the legendary jumps jockey A.P McCoy, can land him his third King George VI crown, and his first since Nico de Boinville and Might Bite’s victory in 2017. The eight-year-old has won nine of his 13 outings thus far, with his most recent victory coming in the Novices’ Chase at the Cheltenham Festival, where jockey Barry Geraghty guided him to a one-length victory over Minella Indo.