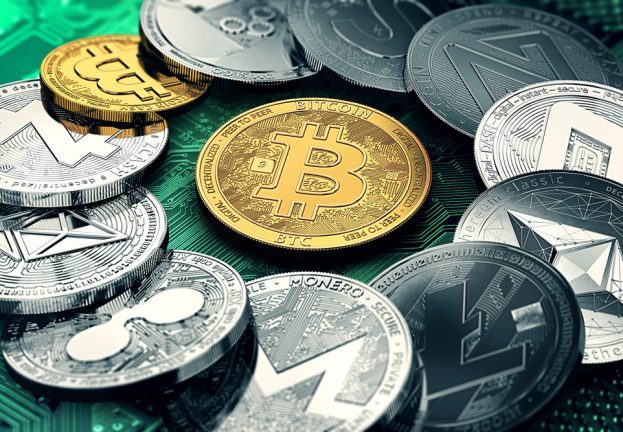 The blockchain is the future of developing countries, lesser developed nations, and failing economies. When we say “blockchain”, you immediately think of Bitcoin and Ethereum. It is true that alt currencies are a part of it, but blockchain encompasses more than that. The cryptocurrencies provide the means of decentralizing the currency and supports digital transactions across the world. In a world, where fiat currencies are failing fast, blockchain provides greater security to a number of frontier markets and lesser developed countries. According to the United Nations, there are over 47 such Least Developed Countries (LDC) that face significant challenges to sustainable growth. This makes it possible for these countries to access economic support and international aid that is unavailable to the developed nations. Also, monetary aspect is not the only Blockchain benefit there are tons of other uses like blockchain based profile verification, online voting, storage and computation apps, etc.

In the USA, people are still contemplating cryptocurrencies and blockchain technologies with suspicion. The nebulous growth of Bitcoin values in the recent years has not helped this situation. The same holds true for other nations like Iran, Nepal, Bolivia, Indonesia and Bangladesh, which have already banned Bitcoin and other contemporary cryptocurrencies due to issues of anonymity and illicit untraceable digital transactions. The situation is very different for the impoverished nations of the world, where cryptocurrencies have the power to improve the national infrastructure that faces continuous threats from the rapid plummeting of their currency values against the US dollar.

Can implementation of blockchain return the rights to the children of Congo?

In the Democratic Republic of Congo, the situation of the illegal mines that deliver over 54% of the world’s cobalt is abysmal. It is one of the LDCs that suffer from the unlawful distribution of resources and concentration of power to a few personalities limits the effectiveness of the conventional aides and incentives these nations receive from the UN. According to a publication from Bitcoin News, a new project that is about to launch in the last quarter of 2018, will work integrate digital technology, blockchain technology, and social data to inform the global manufacturers if the cobalt they are sourcing from the Democratic Republic of Congo has been mined by children. This project aims at putting a stop to abusing minors and employing children as laborers in the expansive mines in the nation. Blockchain-based professional profile verification can vet whether a laborer is a minor or not and whether the person is legally employed or not. It is speculated that Congo holds about 50% of the world’s cobalt reserves and this project can bring a massive change in the socio-economic infrastructure of the country since the coming years will see a rapid rise in electric cars and digital tech that require cobalt (lithium) -powered batteries. To know more in-depth on Blockchain technology, one can always check out several online Blockchain tutorials that can provide great insights.

Sometimes, blockchain can do more than reach out to people in war-ravaged nations. It more relatable scenarios, like nations suffering from hyperinflation, cryptocurrencies can help restore the value of fiat money in the future. Consider Venezuela, over the last few months, their currency has fallen faster than Kevin Spacey’s fan-count and at present, it has lost 98% of its value against the US dollar. A single cup of coffee in Venezuela can cost you over 1,000,000 Bolivars. Almost 800 people flee the country for Brazil amidst the dreary economic conditions. However, there are a few lucky ones like Juan Pinto, who do not keep money in their national currency. Pinto was a mechanical engineer, who quit a couple of years ago to mine Bitcoin. Back then, it was still a grey area and only the ones with a taste for risk took the chance of Bitcoin mining. Nonetheless, according to the ones like Pinto, the bleak future of their nation’s economy posed more of a threat that converting their worldly possessions to cryptocurrencies.

Right now, whenever Juan reaches the market, he pulls out his mobile phone converts just enough Bitcoin to bolivars to be able to buy whatever he needs. He is one of the few almost untouched by the worst inflation of the decade. The inflation reached over 2,616% in 2017 and it is showing no signs of slowing down as the Venezuelan government decided to print more currency. Very recently, a 100,000 Bolivar note was released that was valued just under 50 US cents. On the other hand, the Bitcoin holders have a currency that is worth something in the national market. Although, the government of Venezuela has launched an alt currency of its own – “Petro”, the concept behind the currency is a little convoluted. It is a centrally controlled currency that is in direct contrast to the basic definition of a cryptocurrency that does not have a centralized control. Currencies like Bitcoin rely on the blockchain, a ledger that is stored in millions of points or systems.

How is Haiti helping its citizens with blockchain technology?

One of the biggest advantages of relying on a decentralized cryptocurrency system is being able to access alternative currencies that have more value than the local currency with the help of an internet connection. That is all you need to hook up to a blockchain to defeat the soaring inflation that is eating away the national economy. You can see this in Haiti, where recurring storms and earthquakes have been ravaging the economy. Interestingly, the Haitian government has proposed the utilization of blockchain technology to update the records of property ownership, asset transactions, voting details, intellectual property rights and reinforce several aspects of bureaucracy. Verifying identity using blockchain would serve as the foundation of these proposed solutions. Companies like SpringRole are leading on this front and are providing an innovative blockchain based solution. This comes after Mark Dummett, the Amnesty International researcher, has voiced his opinion in support of the blockchain technologies in frontier markets and lesser developed countries.

At present, it is quite clear that blockchain can support the even distribution of government support and services by integrating and corroborating the information of the population. The introduction of identity services in the underdeveloped nations demands decentralized distribution of information and control that blockchain provides. It might take years, or even a decade, for blockchain technology to reach the LDCs, but it holds substantial promise to uphold basic human rights and curb corruption.