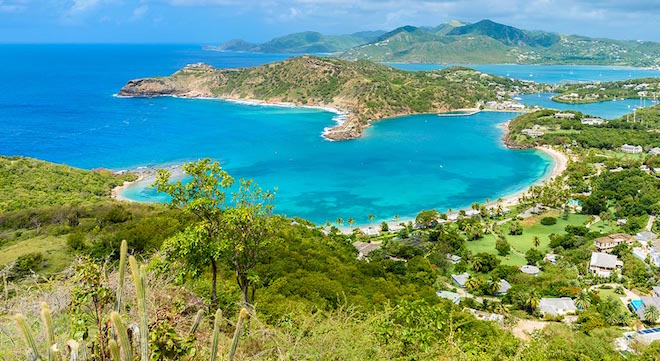 Is your application for an Antigua citizenship still on hold? What’s stopping you? Are you not sure if it’s the right place for you to retire or consider your second home? Well, it’s only normal to have second thoughts, especially if you’re thinking of a place to stay for the rest of your life. If Antigua is one of your choices, here are a few things about the place that might help you decide if it’s a go or no for that citizenship application:

1. Antigua is located about 62.14 miles north of Guadeloupe. It’s a part of the Leeward Islands, together with Barbuda, which is why they’re considered a dual-island nation. If you love freshwater, then it might be one of the reasons why you’ll love this place because it has the major spread of freshwater in the Caribbean. You’ll surely love the man-made lake or the Potworks Dam. There are also beautiful beaches (pink or white sand) as well as lagoons for you to enjoy. Their crystal-clear waters would give you calmness and peace of mind. Want to visit a different beach every day of the year? No problem! Antigua and Barbuda have 365 beaches!

2. The culture of Antigua is a mixture of European, Amerindian and West African traditions, the African influence being the strongest. When it comes to music, they’re known to be reggae lovers. So, if you’re into this kind of music genre, then you’ll be sure to hear it from all around the place. Calypso, which is their oldest form of music, was used by their ancestors to communicate. They also used it during secret celebrations in their backyards. The Antigua Carnival is celebrated every first weekend of August, and during this time, locals and tourists can experience and enjoy the true cultures and traditions of this wonderful island.

3. What would your normal breakfast, lunch or dinner look like when you’re living in Antigua? Well, it could be a fungie. It’s their national dish that is mostly made of cornmeal. If you’re not a fan of this Italian-like Polenta dish, then there are other local dishes to enjoy. Some of the common ones are lobster, ducana (sweet potato dumpling), saltfish, and seasoned rice.  Some specialties include antrobers (eggplant), souse, raspberry stew and much more. The cuisine on the island now is diverse because of the influence of its adjacent countries. Fancy a drink? They got Wadadl – the most prevalent alcoholic drink in the Caribbean.

4. Are you a sports fanatic? Not a worry. The island has various sports activities that are well played by their tourists, and you’ll get to enjoy them too while playing or even watching. Football is one of the most popular games played in Antigua. Their national football team even qualified for the World Cup more than a few times. Netball and rugby are also widely played. Another famous game is Cricket. Their national team joined the 1998 Commonwealth Games. They have a facility for the game, which already accommodated eight intercontinental competitions.

5. The island’s temperature is warm and sunny. So, if you’ve mostly lived in polar, arid or mild Mediterranean regions, then adding Antigua to your residences would be a good idea. On the island, you’ll love the moderate climate all year long. If you want to avoid wet months, then September and November are the months you need to cross out when planning a visit. The coolest time is between December to February if you enjoy the chill. With sunshine abundant all year round, you’re sure to enjoy the exciting flora and sea life the island has to offer.

6. Communication will not be a problem if you decide to live in Antigua because their official language is English. It was in the 17th century when the Caribbean islands were colonized by Britain, and it was during this time that English became its official language. In 1981, Antigua and Barbados became independent but maintained English as its official language. But with Africans as most of the country’s residents, their language is influenced by African words, which is why linguists refer to their language as Creole English or Broken English.

7. With its strong community, you’re sure to find a friend anywhere you go any time of the day. The locals of Antigua and Barbuda are known to be friendly. They are famous for being very attentive. Their local organizations establish and host various activities that would improve the camaraderie of the locals. If you’re looking to join one, there are sports clubs, special needs clubs, and environmental clubs.

8. If you want to know the real Antigua, then a visit to St. John’s is a must. In the city’s capital, you’ll get a paradise view of the island from a spacious and comfortable living area.

Many dreams of settling down in the Caribbean. And if you think it would be a good place for you to settle down, then maybe it’s time to get that citizenship application going.