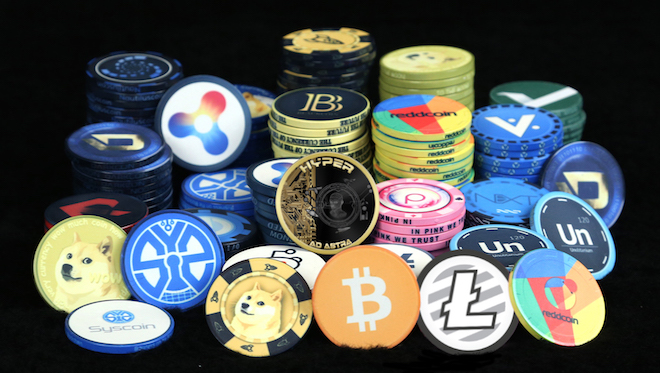 Cryptocurrency has emerged as a one of the best investment in last two decades. It’s much similar to buying gold or any property. When someone invests in any of both there is the probability of increases in its value and long-term benefit. However, its value fluctuates within a fraction of the time it can make you wealthy or else penniless. But a chance of catastrophe is slighter.

Cryptocurrency had gained huge attention within the short interval of time. Hence People are now very much interested to invest as cryptocurrency has proved its relevance in money making. Here are some virtual currencies that can warm your pocket or bank account this year.

Verge currency is anonymous cryptocurrency fabricated keeping an eye on the privacy of customers. Creating verge currency also aims to introduce blockchain transactions to a common person every day. It’s very quick and efficient too.  Its current value is 0.100542 $ market cap $1,475,601,121 USD circulating supply 14,676,464,771 XVG with maximum supply of 16,555,000,000 XVG. It’s been estimated that its value will increase by 5$ this year or can even exceed. As there is the rise in its value this month.

Potcoin is basically designed for transactions within legalized cannabis industry. This is the first virtual currency to do that. Potcoin is an ultra-secure digital currency network. Its been solution for the global legal marijuana industry. This currency too showed a little hike in its value which later can increase. It’s ongoing  value is 0.236627 $ with market cap of 51,865,062 $ circulating supply 219,184,886 pot and maximum supply 420,000,000 pot. With the end of this year, its value can increase to 10 $ around.

This digital currency is a decentralized system like bitcoin based on trust and reputation. It’s the combination of PayPal and Trustpilot as said by developers. It’s also based on ethereum. Developers of Monetha coins self-claim that it’s cheaper and quick platform for transactions. It’s been predicted that its price will jump up to 6$ this year. Having present value of 0.308894 $ market cap 67,018,884 $ circulating supply 216,964,020 MTH  and total supply of 402,400,400 MTH.

Stellar released in 2014 by a stellar development foundation original author’s Jed Mc Caleb and Joyce Kim.  It’s a global value exchange network and an open –source protocol for exchanging money digitally. All the records of transactions are stored in its database called ledger. It’s predicated value is 2$   but it has more prospects of the rise in value.   Its prevailing price is 0.474751 $ market cap 8,493,697,313 $ circulating supply 17,890,846,598 XLM and with total supply of 103,610,058,900 XLM.

Cardano is cryptocurrency system that is also based on the decentralized blockchain. This is the first block chain platform to evolve out of a scientific philosophy and research drove approach. It’s founded by Charles Hoskinson co-founder of ethereum . its main aim is to give customers more balanced system.  Its ongoing price is 0.600008 $ but will rise around 3$ this year. Market cap $ 15,556,449,739 $ circulating supply 25,927,070,538 ADA total supply 31,112, 483,745 ADA.

Editor’s Note: My name is RUCHIKA DHRUWEY a blogger, and also a student of journalism and mass communication at Guru Ghasidas Central University .