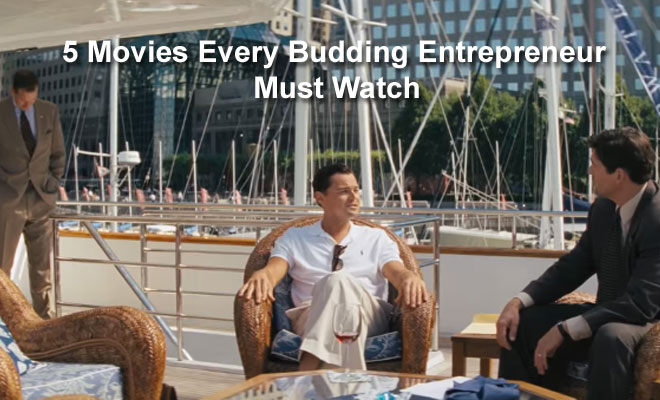 You see, there are numerous articles available on the internet which talks about the list of movies that inspire entrepreneurship.

Now you must be thinking how is this article different from others present on the world wide web. Well certainly this post is more or less similar to those, but here I am going to list only those movies which I’ve personally enjoyed watching.

And I don’t like watching ‘The Godfather’ 1972 movie at all, though the majority of the folks consider it as all time classic.

This film will remind you a bit about 1984’s ‘The Karate Kid’ but trust me; the movie motivates you to ‘never give up’ at any cost in any condition.

Released in 2008, Never Back Down is a story of a despondent and conflicted teenager who arrives at a new high school where discover an underground fight club and meet a classmate who begins to compel him into fighting. After losing, he seeks the mentoring of a veteran fighter, to train his mind and body for one final no-holds-barred elimination fight with his unrelenting personal nemesis and local martial arts champion.

This one is definitely one of my all time favorites.

The movie is based on the emergence of Mark Zuckerberg and his startup ‘Facebook’. The movie inspires you to pursue your dreams (doesn’t matter if anyone believes in your dream or not) and turn them into reality.

In simple words, the movie is all about how a Harvard student Mark Zuckerberg created a social networking site that would become known as Facebook but is later sued by two brothers who claimed he stole their idea and the co-founder who was later thrown out of the business.

If you are curious to understand the background story of How Facebook was founded and came into existence, then you must watch ‘The Social Network.’

This one is historic and one of the finest movies ever on the idea of ‘never giving up.’

This movie is based on entrepreneur Chris Gardner’s nearly one-year struggle being homeless.

The movie is about how Gardner has invested his entire life savings in a device known as a “Bone Density scanner.” However, they do not sell as they are marginally better than the current technology at a much higher price. As Gardner tries to find out how to sell them, his wife leaves him; he loses his house, his bank account, and credit cards. And Forced to live out in the streets with his son, Gardner is now desperate to find a steady job.

If you are an Indian, you have already seen this movie. I guess it is one of the best movies every made in the history of Indian film industry. And if you haven’t watched this movie yet then don’t wait for future Bollywood Movies 2017 to inspire you because there is nothing like 3 Idiots.

The movie strongly inspires you to pursue your passion.

Released in 2009, Three Idiots is a story of two friends who are searching for their long lost companion. They revisit their college days and recall the memories of their friend who inspired them to think differently, even as the rest of the world called them “idiots.” And the great thing is that the movie is complemented by one of the best friendship songs in it.

This masterpiece is one of the most inspiring and entertaining movies of all time. For me, The Wolf of Wall Street is the best movie of Hollywood.

The film teaches you valuable lessons about prominence, success, fortune, greed, and reverence for the law.

Unlike other movies on this list, this film has got both the essence of entrepreneurship ‘How to rise and How to fall dramatically ‘.

Based on the real-life story of Jordan Belfort, The Movie talks about Belfort’s rise to a wealthy stock-broker living the elevated life to his fall involving the breach of law, crime, corruption and the federal government.