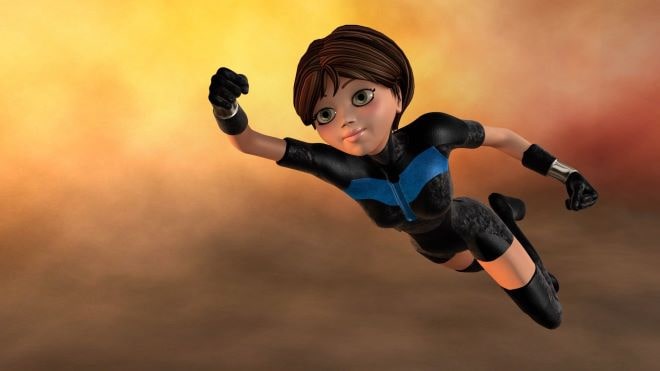 There are several facts about cartoons that you may find fascinating. You can learn more by checking out our guide right here.

Momma always said watching too much TV would rot your mind. But what she didn’t know is that cartoons and television have a vast pit of factual information and trivia tied to them. That kind of brain-training will reverse all of that rotting we did as kids, right?

Fun facts about cartoons can surprise you, and you may learn a little bit of history along the way. Here are 11 of the most fun cartoon facts and facts about animation.

For a brief moment in history, Cartoon Network banned Speedy Gonzalez from their network. They worried about its cultural offense. But, the Hispanic community eventually claimed the character as a mascot — effectively rebirthing the cartoon.

In the early renditions of Superman, the Man of Steel was unable to fly. His mode of transportation was limited to leaping “tall buildings.”

Mufasa threatened to turn Scar into a rug. He was later seen — as a rug — in the Hercules movie.

The Addam’s Family got their start not on TV, but as a cartoon panel in the New Yorker. Their zany depictions were so loved that they instigated the animators to produce the cult classic show.

It’s no secret that everyone loves watching the antics of Tom and Jerry. The inseparable, mortal enemies won a combined seven Oscars.

The studio, Pixar, didn’t start their business by making children’s movies for Disney. In fact, they were a studio co-founded by Apple’s Steve Jobs that specialized in creating animated commercials.

Toy Story, and the following chapters, are revered as one of Disney’s crowning achievements. It was their first foray into cartoon animation. Toy Story 2 almost didn’t see the light of day.

One of the animators at the studio accidentally sent out a system-wide “clear” command, effectively erasing the film.

There’s more than meets the eye with VeggieTales. It’s not just about talking grocery, it teaches kids early on about Christian morals and good faith.

Saturday Morning Cartoons were a staple in most people’s lives. Up until the early 2000s. The “Children’s TV Act” required networks to broadcast a certain amount of educational television per week; network executives used Saturday for this.

A lot of early animation had a mixture of cell-shading and traditional animation. The mixture made an obvious impact on surprises forthcoming in the show. Viewers can see which aspect of the screen will activate and move, denoted by its lighter coloring.

Facts About Cartoons To Save the Brain

Momma was wrong. Don’t tell her that. But TV most certainly does not rot the mind.

In fact, television is loaded with fun facts about cartoons and other information that wouldn’t be available elsewhere for some. There’s a lot of history that people can learn from today’s and yesterday’s toons.

Interested in more facts about cartoons? Check out our other articles on facts about television.