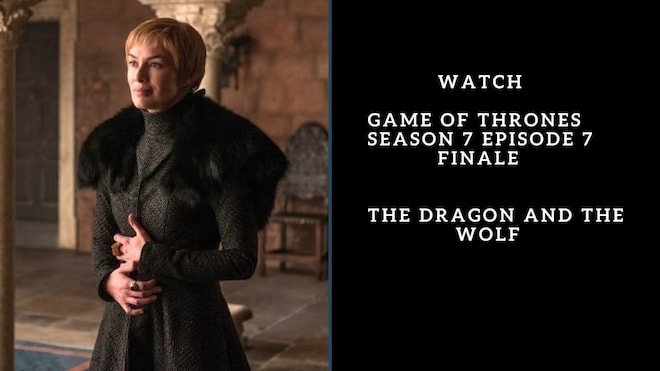 Believe it or not, but Game of Thrones Season 7 has come to its end with the release of episode 7 titled The Dragon and The Wolf.

The season has seen a range of thrilling elements; right from getting threatened by hackers for ransom money to episode leaks by HBO’s own regional distributors accidentally.

This season has been one of the best in the entire history of GOT series, obviously for various reasons be it; the sad death of Khaleesi’s Dragon ‘Viserion’ by The Night King or cute moments between Dany and Jon.

The Season 7 came with all sorts of emotions altogether, and now the whole world is all set to watch the epic Season 7 finale episode 7th to witness the preliminary meeting of Jon, Jaime, Tyrion to take down the dead army and to see the death of some characters. Episode 7 has everything under the sun, and it is also the longest running episode in the history of GOT.

That said, here we’ve compiled the online destinations where you can watch Game of Thrones Season 7 Episode 7 The Dragon and The Wolf Here Free:

the procedure is pretty similar to above, just search for the term ‘Game of Thrones’ in the search bar > click on the poster link > here you will find out the season wise breakdown of episodes with the name > click on the season 7th with episode named The Dragon and The Wolf (EP7) link and play the video (the video might not work after loading, so you just need to click on the red bar which says ‘The video keeps buffering? Click here for a different version.’) > you will get to see a video with thumbnail > click on the play icon and its done.