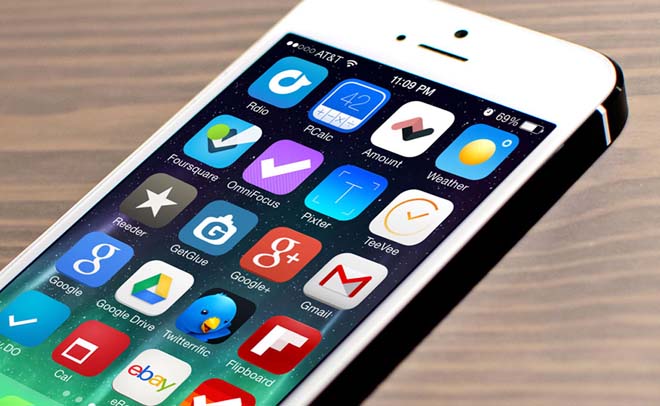 In this article, we shall be having a look at the top iPhone games that you could enjoy playing.Sure, there is some amount for you to pay but then, these games are perhaps absolutely amazing! Some of them do burn a hole in your pocket but it’s worth it if you like gaming!

Yes, it is a bit too costly for a game but then, it’s also a supremely-creepy first-person shooter that sees you blasting away at genetically-modified nasties. What’s more is that at the same time, you would be messing with your own biology to power up your abilities.

Ok, this one is free! This had two previous versions but this one seems to be as good as them both. What this game is about is that you build a pixelly hotel and casino and your job is to fill its floors with gambling, and then popping in to play yourself.

They Need To Be Fed 3 (£1.49)
This series is perhaps one of the most elegant games one can play in iOS and unlike most movies, the third part is as good as the first and better than the second! Truly a beautifully-crafted platform adventure with a “360-degree” schtick that means you’re not restricted from going in one direction. Excellent stuff.

Madden NFL Mobile (Free + IAP)
This is the game if you’re into American Football and you think you have what it takes to be capable of playing the American Football. In this game, you could easily expect official players and teams, deep tactical depth, and an improving interface for touchscreens.

Swing Copters (Free + IAP)
Yes, the sequel to Flappy Bird, from developer Dong Nguyen. This time, instead of flapping a bird horizontally while avoiding pipes, you’re zig-zagging a propeller-headed character upwards between platforms and swinging hammers. Manages the dubiously-impressive feat of being even more difficult and frustrating than its predecessor.

Assassin’s Creed Memories (Free + IAP)
I have my doubts over this one since the idea of converting an action game into a much boring card game is either bold idea or a stupid one, but let’s not be the bully and give it a chance. You build up your assassin and its kit, then join online guilds for 20-on-20 multiplayer battles. It certainly has potential.

Pac-Man Friends (£2.99 + IAP)
Am sure you’ve heard of this game more than once: it’s a new spin on the traditional ghost-chasing pill-chomping action.

Stunt Gal (£0.69)
Don’t judge the game by the name as in this one, we have Ninjas, squirrels, pirates and more in this fun arcade game. What you have to do is that you have to try to escape a collapsing building with the help (or, more frequently, hindrance) of its cast of characters and obstacles.