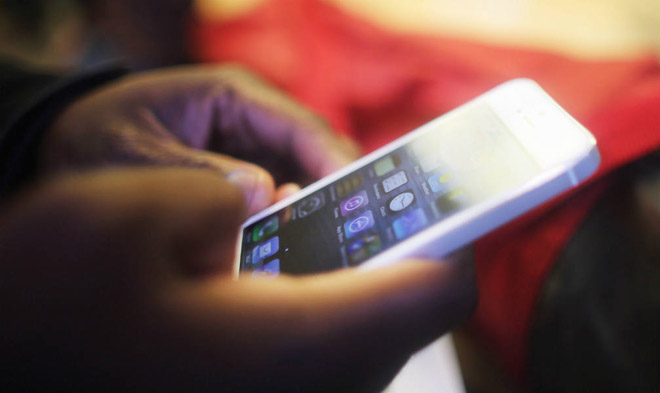 Nowadays smartphones are becoming the necessity of common people and in last 5 years, we have seen revolutionary change in technology of smartphones with the emplacement of the great ecosystem of apps in mobile operating systems such as Android os and iOS.

In today’s scenario, technology are getting updation on a regular basis, and there is a great advancement of hardware and software functioning in mobile devices. But being a gadget reviewer and tech journalist, I know the fact that if you want to buy a power pack smartphone device then you have to pay pretty well amount of money to get that one. But in a country like India, It sounds weird to purchase a smartphone that costs almost $800 (Rs 50,000 approx.) My this particular article is dedicated to top 5 smartphones in Indian market right now. Additionally, I would like to acknowledge this fact that being a customer of expensive smartphone is not at all a bad thing as each and every person has their requirements and demands to their smartphones.

Irrespective of all these aspects, Let’s see what are the smartphones which are creating hype in Indian mobile market and have high-end, power pack feature made purely for smart customers.

Galaxy Note 4 is the powerhouse smartphone not only in India but in overseas as well because Note 4 has amazing hardware and software balance. I would like to admit the fact that the Note 4 has all productivity essence inside which makes the gadget ideal alternative for the power user. This smartphone features a 5.7-inch HD Super AMOLED Display along with the resolution of 2560×1440 pixels, powered by 2.7 GHz quad-core processor, supporting 3GB of RAM with the internal memory of 32GB which can be expandable up to 128gb. For photography purposes, Note 4 is equipped with 16 MP camera on the rear side and secondary camera of  3.7 Mega Pixel with a 120 degree wide-angle feature, supports full HD video recording, running Android 4.4 version. All these features are backed by 3220 mAH pf battery life which is pretty good in comparison to others in the same segment. For more details about other Galaxy series smartphones, you can visit Samsung Mobile Price List.

Here comes family member of Apple with expandable screen size and it is iPhone 6 standard version. As we all know that iPhones are well known for their attractive design, camera performance and power processor and iPhone 6 is also comes with those traits. Before providing the spec details, I would like to mention this thing that iPhone 6 is a pure luxury smartphone that provides way better experience of an excellent smartphone than other devices. This device features a 4.7-inch Retina HD display along with a resolution of 1334×750 pixels, powered by all-new A8 processor with 64-bit architecture and an advanced 20 nanometer process. For photography, it has an 8MP camera on the rear side and 1.2 Megapixel front-facing camera. Irrespective of its pixel counts, iPhone 6 is capable of providing a best pictures. The device comes in different variants which include 16GB model, 64GB and 128GB model.

From the inauguration of smartphone concept, Sony’s Xperia smartphones made a benchmark for the customers and personally, I am a pure Sony user but despite being a loyal Sony customer, I do not want to misguide you about Xperia Z3, Sony’s current flagship device. The phone is exceptionally well with 5.2-inch Full HD, 1920 x 1080 Pixels, powered by 2.5 GHz + Qualcomm Snapdragon 801 Krait 400, Quad Core, 3GB RAM, running android’s latest version. As far as my assumptions are concerned, Z3 is perfect for photography lovers as the phone offers 20.7 Megapixel camera on the rear side and secondary camera of 2.2 Megapixel. One plus point about Xperia Z series devices is that these are fully waterproof and dust resistant which extends smartphone experience to the new level. In terms of battery life, phone is supported by 3100 mAH battery and provide 920 hrs (2G).

When we guys think of a flagship smartphone that is capable of providing bestest experience there we thought of devices from companies like Apple, Samsung and Sony. And it is the reality that LG is considered as an underdog when it comes to smartphone department but in 2014 company however changed the scenario of smartphone industry by launching LG G3 and according to me, it is by far the best smartphone from LG. The phone features a 5.5-inch Quad HD display with 2560 X 1440 Pixels resolution, powered by 2.5 GHz + Qualcomm Snapdragon, Quad Core processor, Android KitKat version (upgradable to lollipop). For photography, it has a 13 Megapixel primary camera and 2.1 Megapixel for the secondary camera. According to me, the phone scored successfully in display and camera quality department, supported by 3000 mAh battery. Overall phone worth your money but battery may be the downfall for device.

This list will not receive its climax part until the addition of HTC One M8 into the list. When it comes to classy design and powerful processor, we always thought of HTC’s flagship smartphones and One M8 is one of those big daddies from Taiwanese mobile manufacturer. The phone features a 5-inch display screen with full HD resolution of 1920 x 1080 Pixels having corning gorilla glass 3, powered by 2.5 GHz Qualcomm Snapdragon 801 quad-core processor, 2GB RAM, running Android KitKat version (upgradable to Lollipop version), user interface combining of HTC Sense and HTC BlinkFeed. For photography, it has primary ultra-pixel camera and secondary 5 Megapixel camera. One M8 comes in two variants, one of 16GB and other of 32GB. All these features are supported by non-removable Li-Po 2600 mAh battery.

I have seen many tech journalists in India who said being a buyer of a scooter worth Rs 50,000 is much better than being a patron of a smartphone that worth almost Rs 50,000. But you can make a smart purchase of these expensive devices by using the variety of shopping comparison sites and you can compare mobile phone prices here at YouTellMe.com, which I consider as best option for online mobile price comparison.

So these are the smartphones which we have picked for you and according to best of our knowledge; devices mentioned above are the top notch smartphone devices available in Indian market right now.