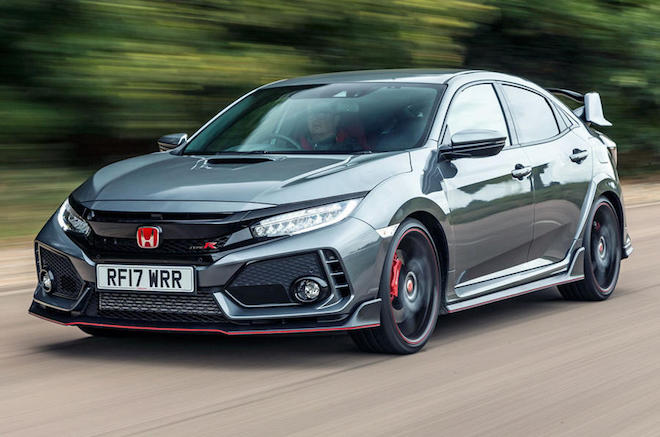 A hi-tech hatchback, as it can be called, the new Honda Civic has been named in the 10 best cars of this segment. And quite deservingly too, as this car perfectly displays the front-wheel drive of Honda, and with a single powertrain with a turbocharged engine, does exceptionally well mechanically too. And while, it may not seem so different from the outside, the ultimate difference can only be known once you are inside the car.

IS THE HONDA CIVIC TYPE-R A GOOD CAR?

The Honda Civic is not just a pretty looking car. It is a much better version of the previous Civic too. The handling too has been improved by leaps and bounds. It has got a much better infotainment system to boast of now. And with a seating which is very comfortable even for those long highways rides and an engine and powertrain which does envy many, this new Honda Civic is definitely amongst the top cars in this segment.

HOW MUCH DOES THE HONDA CIVIC TYPE-R COST?

At $36,595, the Honda Civic is definitely at par in terms of pricing with its rivals. But if someone does go for this beast, he would be definitely rewarded with a perfect driver’s car, with an impeccable handling and great styling. The much more refined engine does wonders and is much better than the rivals, any day.

Although both the hatchbacks have a similar price range to boast of, in reality, the powertrain, the drivability and the features on offer in the Honda Civic, is definitely way better than that on the Ford Focus, making it the definite winner among the two.

While the VW Golf might look too beautiful from the outside and has much better drivability to boast of, on the flip side, it does cost about $40,000 too, which is definitely a factor worth looking at in this hatchback segment. So this comparison does remain even stevens in my regard, as, while the Civic does have the engine and comfort, the Golf does have a great handling and much better styling.

The unique turbocharged engine of the Civic does generate 306 hp and 295 lb-ft of torque, figures which are definitely massive in this segment. Add to that the Honda Civic type R 0-60 accelerates in just 4.9 seconds, one would see a mechanical aspect of this car which is insane.
In terms of mileage, the Civic gives around 22 mpg in the city and 29 mpg on the highways. Figures which are easily way better than the rest. Add to that the handling that this car has, and it comes out as a complete package.

The flashy and bright interiors of this R type are anything but subtle. But isn’t this the way sports cars are to be designed. If you look at it in such a way, this car does seem so nicely designed with an impeccable dashboard.

If you talk about the cargo space, then it might not be the largest around at the moment, it does just about enough for a family.

Also, it does cover up its lack of boot space, by offering a 7-inch navigation and infotainment system with Bose speakers as standard. It does get USB ports across all rows too, although the lack of a mobile hotspot and those flashy red interiors might seem like a problem to some.

WHICH MODEL IS RIGHT FOR ME

There is not much to choose from here in the real sense as this Type-R variant of the Honda Civic comes in just a single trim. However, with a mouthwatering mechanical aspect, and a formula 1 inspired racing seats, never mind the bright red color, seems like a perfect fit in this segment.

The 2018 Honda Civic Type-R is much cheaper than the heavyweights in this category, namely the VW Golf. It does offer a ride quality and handling worth mentioning too. And although the Golf is much smoother to drive and has a much better overall quality, the strategic pricing of the Civic does pip the comparison in its favor.