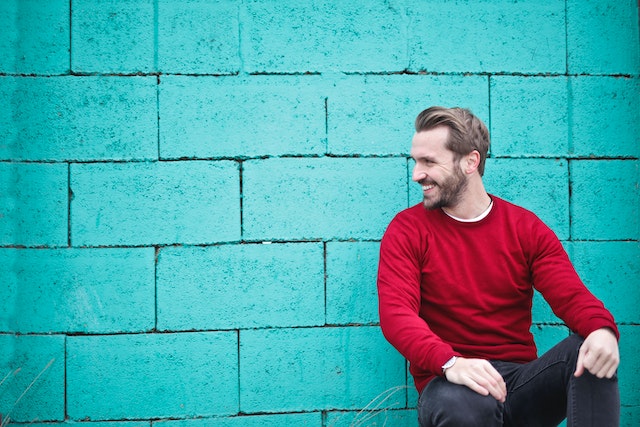 While the same staples and pieces stay in fashion year in and year out — like jeans, sweatshirts, hoodies, and more — different fabrics and silhouettes become popular from season to season.

French terry is one of the hottest fabrics right now — seen in everything from bulk crewneck sweatshirts to swimsuits.

A variation of the classic terry cloth fabric, French terry is loved for its soft, cozy feel. Here’s what you need to know about this popular fabric that’s appeared everywhere, from runways, to celebrities’ Instagram feeds, to the closets of everyday fashion lovers.

What Is French Terry Fabric?

Similar to traditional terry fabric, French terry is made with piled loops. The fabric is typically made from cotton, but it can be made with a blend of other materials — like polyester and spandex.  These materials help give shape and add a layer of warmth to the garment.

Traditional terry cloth is made from small fabric loops. This creates a soft pile on the fabric. Depending on the weaving technique used to create the material, the pile can be on both sides.

This material is often used to create fluffy, absorbent towels, robes, and other garments with more structure.

French terry is very similar to traditional terry. However, it has a softer, shorter pile. This makes it extremely soft, more flexible, and ideal for making a wide range of garments.

From bulk crewneck sweatshirts to cozy lounge pants, there’s no shortage of what you can do with French terry. The terry pile can be put on the outside of garments for a more textured look, or on the inside so the wearer feels the soft, cozy fabric.

Fleece is another fabric that, like French terry, has a very soft feel. However, fleece fabrics are usually made with more of a fabric blend and may contain a higher percentage of polyester.

Fleece is still a very soft and comfortable fabric. It may also provide a bit more warmth than French terry.

Like terry, fleece can be used to create a wide range of garments.

Versatility is one of the reasons that French terry sweatshirts, and other garments, are so popular for clothing items.

Whether you’re running errands, headed to the gym, or lounging at home, there’s no shortage of ways a French terry crewneck can be worn.

With workwear becoming more flexible as many work from home or have hybrid positions, a large number of people have brought loungewear and other comfortable garments into their regular wardrobes.

French terry crewnecks can easily be dressed up with a pair of jeans and nice sneakers, or a pair of trousers and a more structured shoe. People are blending the lines of casual and workwear more and more, and French terry sweatshirts are the perfect garment for experimenting.

A Fresh Take on a Classic, Timeless Style

Crewneck sweatshirts and other similar styles are staples that won’t go out of fashion. However, consumers are continually looking for ways to freshen up their wardrobes and incorporate new silhouettes, colors, and fabrics.

French terry crewnecks and other styles add just enough of a fresh take to the ever-loved styles, while not being too trendy that they’ll go away in a few months.

Terry started becoming largely popular around 2021 and doesn’t show any signs of going away soon. Rather than being an eccentric micro-trend, this fabric and fit combination is timely yet subtle enough that it will remain in fashion.

This makes French terry crewneck sweatshirts and other styles perfect for businesses to add to their collections.

Perfect for Any Season

The lightweight feel makes French terry garments perfect for layering in the colder months, or wearing on their own in the warmer seasons. Because French terry is made primarily with cotton, this makes it very breathable and comfortable to wear year-round.

In the winter, French terry sweatshirts can easily be layered over a thermal or other long-sleeve top. Paired with leggings, matching sweatpants, or jeans, it’s a cozy, winter-ready look. Whether your customers prefer sporty puffer jackets or chic ankle-length wool coats, there’s no limit to styling French terry crewnecks in the winter.

In the summer months, the breathability of French terry crewnecks makes them perfect for pairing with denim shorts, or throwing on as a coverup for cool nights by the poolside or beach.

No matter the season, French terry hoodies are ideal for incorporating into your store for your customers’ wardrobes.

Compared to many other fabrics, the breathability, comfort, and flexibility of French terry make it idea. Some customers may feel irritated by fabrics made with 100% synthetic material. They may feel suffocated and/or become extremely hot.

However, French terry is perfectly breathable. Being made largely of cotton, the pile is also very soft and comfortable on the skin. It is flexible, making movement easy. Combined, this makes it ideal for those who prioritize both fashion and comfort.

Whether the wearer is lounging at home, headed to a yoga class, or meeting up with friends, French terry sweatshirts are comfortable enough to wear all day long.

Female celebrities including Lily Aldridge, Rihanna, and Elsa Hosk have all sported French terry outfits. In addition, designers Bottega Veneta, Prada, and Zegna have all had terry variations in their recent men’s collections.

As everyday fashion lovers look to follow the fashions they see in the closets of celebrities and designers they love, they’re searching for French terry styles to add to their own wardrobes.

This makes it the perfect time to add French terry sweatshirts and other styles to your brand’s offering, as well.