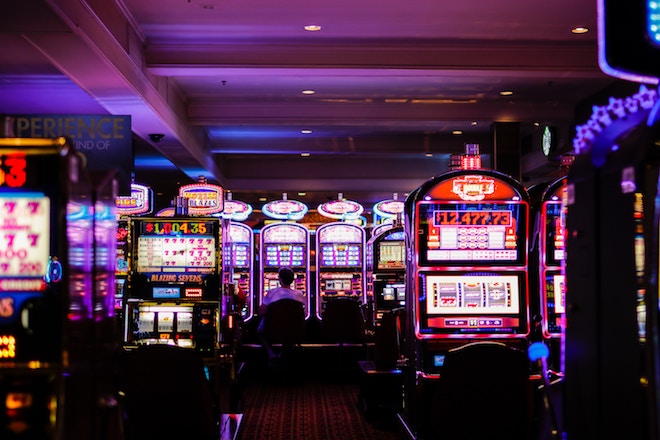 Slot machine developers have a love for theming games around popular films. Blueprint Gaming did something different in 2016 when they released a slot machine designed around the popular TV gameshow, Deal or No Deal: What’s In Your Box.

It proved to be an instant hit and remains very popular at online casinos to this day. Blueprint Gaming have certainly paid homage to the TV series with this release.

If you want to get a taste of the gameshow itself but was never selected to appear on TV, then this is the next best thing you’ll get to recreating the experience. What’s more, you can play it from the comfort of your own living room too. This version lets you take control as you try to find the right box whilst the banker tries to persuade you to sell it for cash. Will you hold out for a bigger deal or are you unable to resist an early offer? No doubt this will bring tension and excitement into your living room.

This popular game is available at many reputable online casinos, including: https://games.paddypower.com/game/deal-or-no-deal-gfg. There is a practice play game that you can play for free before you dive into the real money version.

As you’d expect, the game is steeped in imagery and graphics familiar to those who’ve seen the TV show, with a television studio as the backdrop. There’s nothing majorly gimmicky about this novelty theme. It incorporates the show’s style very well and at the same time it introduces what you would expect from a typical casino game.

The Deal or No Deal slots game is a five-real, 20 paylines game that offers an exhilarating experience. Like the TV gameshow itself, big payouts are on offer. The game kicks off with 26 identical boxes displayed on your screen. And just like the rules on the TV programme, each one contains a different amount inside. Throughout your time spinning your way through as many as five bonus rounds, maximum payouts are on offer for 500x of your stake.

The Jacks, Queens, Kings and Aces make up the lower value symbols, while the higher value symbols are items from the TV show – the studio, red button, prize money wall, the bank, gold and silver briefcases and even some contestants. The famous red phone that Noel Edmonds uses on the TV show represents the scatter symbol in this slot game.

Landing three, four or five phone scatter symbols leads you to the Jackpot bonus game. This is where it is possible to win the life-changing progressive jackpot. You choose briefcases one at a time, each revealing a cash reward. You are offered a cash amount by the banker after every sixth case. If you accept, the game concludes.

Two bonus games are on offer if you can land three or more Deal or No Deal bonus symbols. They are The Reel Banker and The Banker’s Best Offer.

The boxes are stacked and the phone is ringing – you just need to see if you got the deal or not. Fingers crossed that the banker is feeling generous with his money today…

The Most Popular eSports Games Today