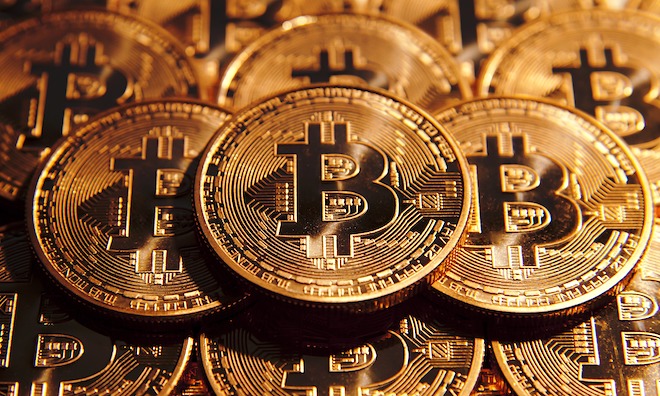 One of the greatest features of a decentralized blockchain is censorship resistance. With the money in your bank account, a third party has control over where and when you can send it. With Bitcoin, you can send money to whatever address you like without fear of government interference. However, freedom is not the natural order of the world. The fight against oppression and censorship is a constant battle. While Bitcoin has an important history of circumventing censorship, we’ll look at the omnipresent threats against the cryptocurrency and its level of resistance.

In 2010, the US government pressured payment processors such as Visa and Mastercard to block payments to Wikileaks. In response, Julian Assange, founder of Wikileaks, wanted to accept Bitcoin payments instead. However, at the time, Satoshi Nakamoto did not want Wikileaks using the Bitcoin network. Satoshi said “the project needs to grow gradually so the software can be strengthened along the way. I make this appeal to Wikileaks not to try to use bitcoin. Bitcoin is a small beta community in its infancy.”

Wikileaks ended up receiving over 4000 Bitcoins to the consternation of the American government. Given the increase in price since 2011, the credit card processing ban against Wikileaks no doubt had the opposite intended effect. Assange certainly was happy with the result, giving thanks to the US government.

My deepest thanks to the US government, Senator McCain and Senator Lieberman for pushing Visa, MasterCard, Payal, AmEx, Mooneybookers, et al, into erecting an illegal banking blockade against @WikiLeaks starting in 2010. It caused us to invest in Bitcoin — with > 50

In 2018, Coinbase blocked the Wikileaks Shop account from making transactions on the cryptocurrency exchange. Coinbase said they are “legally obliged to implement regulatory compliance mechanisms.” Coinbase also said that Wikileaks is “in violation of our terms of service and we regret to inform you that we can no longer provide you with access to our service.”

It was said that Coinbase would help destroy censoring payment companies, not join them. Bring balance to censorship resistance, not leave it in darkness. But Wikileaks feels they have the moral high ground, calling for a “global blockade of Coinbase next week as an unfit member of the crypto community.” The irony here is astounding as Wikileaks, a website that popularized Bitcoin is attacked by Coinbase, a company popularized by Bitcoin.

Coinbase’s ability to ban a specific company is just one of many possible attacks against Bitcoin. While Wikileaks still accepts donations in Bitcoin, Litecoin, Zcash, Monero, and Ethereum, it looks like they will need to look elsewhere for liquidating cryptocurrency assets.

If you are blocked from using exchanges, you can always turn to your closest Bitcoin ATM. While not ideal for large sums of money, no one can stop you from receiving Bitcoin and heading to a Bitcoin ATM to turn coins into cash. In this way, Bitcoin battles back against censorship by allowing payments that might otherwise be impossible.

Unfortunately, until there is greater competition in the Bitcoin ATM market, the machines often have the problem of rapacious fees and exchange rates worse than the market rate.

A Bitcoin ATM used anonymously helps with Bitcoin censorship resistance. If you make a wallet without providing personal information, you should be able to send and receive Bitcoins while concealing your true identity. However, if you acquire Bitcoin on an exchange that follows KYC, you can be sure that governments can track down all of your transactions on the blockchain.

When compared to Monero and Zcash, Bitcoin places much less emphasis on anonymous transactions, opening up the possibility for more censorship. While governments cannot stop Bitcoin transactions, they can certainly come after you after the transaction is complete.

Another way to potentially censor a cryptocurrency is through governance. The updating of software, changing of rules, or forking of a blockchain are all ways to control transactions. The disappearance of Satoshi provides a massive advantage to Bitcoin in this area. Developers and miners must reach an overwhelming consensus before they can make any changes to the Bitcoin protocol. While centralized development teams swiftly deploy updates, it comes at a cost of censorship, potentially in the form of a hard fork.

Censorship resistant cryptocurrencies should possess an immutable blockchain. Unlike Ethereum, which rolled back transactions with a hard fork, Bitcoin’s history is firmly written in its blockchain. If a fork can reverse your transactions, it opens the door to censorship.

Due to ASIC mining, the level of centralization in Bitcoin mining is not ideal. With large players setting up expensive mining farms, fewer people participate in the mining process. However, as the mining becomes more centralized, the possibility of collusion and a 51% attack increases. Currently, miners have no reason to collude and attack the blockchain due to the profits achieved by simply mining Bitcoin. However, for censorship resistance, Bitcoin would want to be in a position where it cannot logistically succumb to overwhelming hashing power.

What if the fees for using the Bitcoin network become prohibitively expensive for many users? Is it a form of censorship to prevent payments from those with less money? When Bitcoin network fees spiked at the peak of popularity, many people started exchanging Bitcoin for Litecoin to move money around. However, such a transaction would once against cause the use of a third party, defeating the purpose of censorship resistance. Bitcoin will certainly need to continue exploring ways to scale transactions on the network while simultaneously keeping fees low. The lightning network is currently the best bet. Unfortunately, there are also worries about centralization and censorship with lightning.

When compared to other cryptocurrencies on the merits of censorship resistance, Bitcoin comes out ahead. No other coin can claim the same level of reliability and decentralization as Bitcoin. The governance model, immutable blockchain, and ability to liquidate through ATMs all contribute to the level of freedom Bitcoin provides. However, there is still work to do. Third-party exchanges, miners, fees, and governments all try and exude pressure on Bitcoin. However, in spite of all the potential threats, the coin keeps plugging along one block at a time, without interruption, and without third parties censoring your transaction.