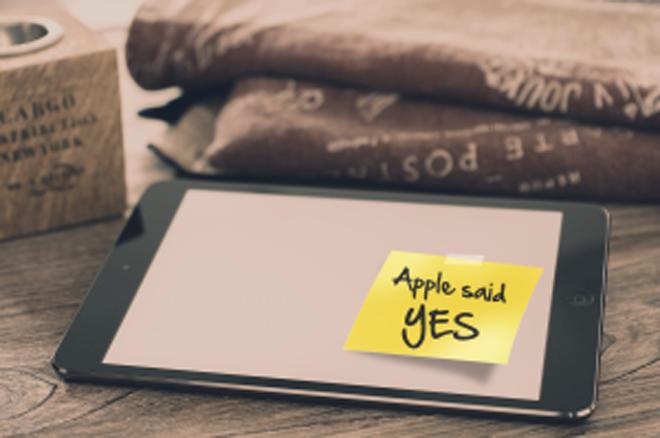 Editor’s Note: This article is originally appeared on TrustedCompany.com

It’s all about customer service. Of course. Deliver high quality on time. This is the standard that you should strive for. It’s good, but let’s be honest: it’s standard. If you want to achieve excellence you have to stand out. It’s not only about delivering. It’s about delivering excellence. In this article we want to show you some examples for really excellent and, by any means, outstanding customer service that builds true customer loyalty.

We start with an example from a company that you all know: Apple. After the launch of the iPad 2 a man bought one online, but sent it back only a few days after he received it, sticked with a note that said: Wife said no. What a bummer. Of course he got the expected refund for the iPad after a few days. But what he probably didn’t expect to receive was the following: An iPad 2 with a sticky note on it, saying: Apple said yes. It is probably not necessary to add that the story went viral and lead to revenues that were exceeding the cost of this move easily.

The next story is less tech-related and more tasteful: Peter Shankman was approaching the last of a series of flights he had to catch at that day. While waitig for his flight to Newark Airport he began to feel hungry, but there was nothing at the airport meeting Peter’s taste, so more or less accepting his faith, he twittered jokingly to his favorite steakhouse:

Of course he didn’t really expect anything to happen when he arrived in Newark. So he was quite surprised to find a waiter waiting for him with a freshly made steak and chips at his gate. His response, held on a photo was quite appropriate:

So Mortons actually made the effort to find out when and where Peter will arrive and where to wait for him in order not to miss out on him. Of course they made him his favorite dish at Mortons. You probably already know: This thing went also viral and of course you can’t expect Mortons to do that for every customer, but the thing is: You don’t have to. They will love you a long time for doing something like that just once. So give your customers a special treatment once in a while. They will definitely appreciate it.

We move on. The next story is about a branch that is struggling nowadays: book shops. It was a few days before Christmas when one customer visited the B. Dalton store to pick up a book that her son wanted for Christmas. The computer system of the store showed that the book she was looking for was available when it, in fact, truly wasn’t. What then happened shows that B. Dalton employees are really committed to customer satisfaction: She picked up the phone and called a competing book store to ask if the book was in stock over there. After that she even printed out the directions to get to the store.

Now this is stupid isn’t it? She could just have ordered the book and would have probably earned that revenue just at a later moment in time. Now she lost the revenue opportunity. If you only look at it with a small time frame then this is of course completely right, but think further. What impression does it make to a customer when a store prioritizes customer satisfaction over making a quick profit? Probably a really good one. This will leave an impression that builds an imminent and strong relationship with the store. So you lose a quick profit and win a loyal customer to whom you will always be the first address because they know that they can trust you.

Our last story is actually really touching: Kerry Drake’s mother was about to pass away after living for decades with rheumatoid arthritis. He got the call on the morning of the 24th January. Working in San Francisco while his mother was in hospital in Lubbock Texas he had quite a trip ahead of him.
His flight was going via Houston where he only had 40 minutes to interchange flights. So if the flight to Houston was delayed there was a big risk that he wouldn’t get the flight. Knowing that this was his only option to arrive in Lubbock at the same day he picked that flight anyways.

Naturally his flight was delayed half an hour after takeoff. Leaving Kerry with 10 minutes to get to his connection flight and his only chance to see his mother alive one last time. After realizing that the odds were certainly not in his favor he broke down in tears. Of course the flight attendants tried to comfort him immediately and it didn’t take them long until they knew the reasons for Mr. Drakes breakdown. The crew offered to do everything they can do to enable him to get his flight.

While running to the gate Drake had a pleasant surprise

During the flight they made some time up. But not enough. So Kerry was quite sure that his connection already left the gate when he started to run after leaving the first flight. But when he approached the gate the agent shouted at him: “Mr. Drake? We were expecting you!” The agent let him on the plane without even checking his boarding pass. They even took care of his luggage and ensured that everything worked out.

Kerry actually then made it on time to the hospital where his mother was and was able to experience a last clear moment with her before she faded away.

This heartwarming story is a great reminder of what in the end really matters when it comes to business and customer service: people and humanity.