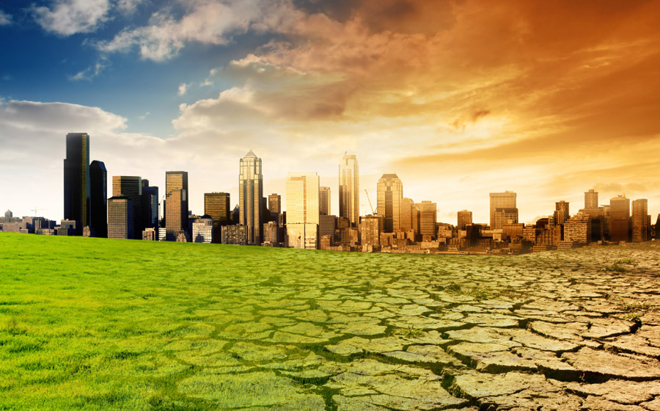 Climate change is a distressing concern for many countries, particularly ones like India that are quickly becoming more industrialized and experiencing a population boom. World news in Hindi as featured on Dainik Bhaskar shows that climate change was the most talked-about issue in 2015, and chances are, it will be at or near the top of the list of important global issues in the coming year as well. Here are eight big examples of how climate change has recently dominated the news:

Twenty-one years after nations began meeting to discuss the adverse affects of climate change, an agreement to help slow it down was finally reached this year in Paris. A group of world leaders agreed that the world needs to keep temperature increases below 2 degrees Celsius, and as close to 1.5 degrees Celsius as possible. It will be challenging, but it must be done.

The European Union might be leading the way in its use of renewable energy, but its addition to wood pellets is causing too much deforestation in places like North America. Trees are being cut down faster than new ones can be planted, which is increasing the amount of greenhouse gasses.

The pontiff wrote a 42,000-word encyclical, taking a moral stance on humanity’s greatest challenge to date.

Major energy companies like ExxonMobil have known about the dangers of greenhouse gasses and climate change for about 40 years, yet have done little to change their practices. Moreover, some of these companies have funneled money to groups that attempt to deny climate change science in order to put doubt in the minds of the world’s population.

There are billions of barrels of oil buried beneath the Alaskan Arctic, but Shell and other oil companies have abandoned drilling projects because the falling price of oil has made them too costly. To date, these companies have spent approximately $7 billion US in attempts to extract oil in this region.

Volkswagen used to be one of the most trusted automobile brands in the world until word got out that it equipped its diesel automobiles with “defeat devices” that falsified emissions. These models have been on the world’s roads since 2008.

Part of the reason for the ongoing civil war in Syria and the refugee crisis it created has to do with climate change. Excessive heat and droughts in the region have endangered food supplies and adversely affected the economy to the point where Syrians felt they had no choice but to revolt against their government.
Visit Dainik Bhaskar for more International news updates.

How To Dispose of Medical Waste: 3 Essential Things To Know