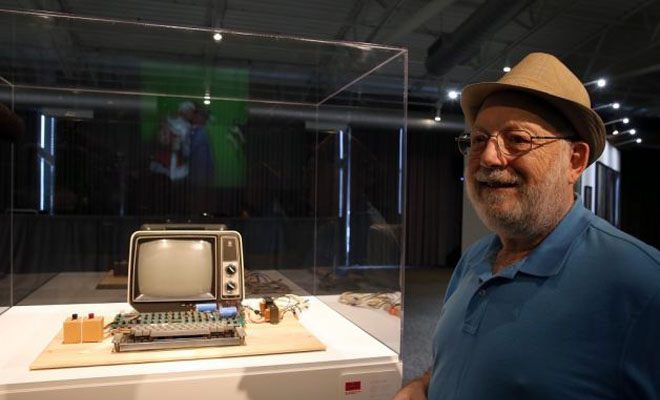 Facebook
Twitter
Pinterest
WhatsApp
Vintage technology never goes out of demand. In fact today also we cherish some of the vintage technology items
which made its debut in early 1980s and enthralled all of us for generations together. Though technology might
have edged to a new high with a range of technological innovations taking place over the course of last few years,
the fascination for vintage technology still continues.
Below are listed some of the technological innovations which made their presence felt during the initial days of
electronic boom and still continue to enthrall all of us while lying in some corner of our homes.

VCR made its debut during 1970’s when Sony launched the same to take entertainment to a new high. The U matic version of this video system was available in the market by 1971 and attracted a lot of public attention.Though the cartridges were a bit bigger than the VHS tapes (which were more common during 1990’s), and the maximum playing time was 60 minutes.

The VHS format took over the Betamax system which Sony had devised and VCR dominated the home viewing
scenario for long enough till the same was replaced by DVD’s which came across in 1996.

The first of Camcorders made their public debut during 1981 when JVC and Sony came out with their versions of
Camcorders. However, these became commercially available only by 1983. However, these were big in size and
could only be mounted on the shoulders. These recorded directly to VHS or Betamax cassettes.
A revolution came along only in 1995 when the first digital camcorder made its debut in 1995. The same was
produced by Sony. New innovations have since taken place but the attraction which the traditional Camcorder
commanded was something unique.

Another vintage technology item, the much loved CD player debuted in 1981. The reason for popularization of CD
player was that the Laser Disc technology did not last very long and this led to the initiation of the CD player
technology which we still cherish. Interestingly, the prototypes of this technology were developed by Sony and
Philips during early 1970’s which eventually culminated in the form of a CD player in 1981.

This was a gaming console which brought video games well within the reach of our homes. The entertainment
console made its debut during 1985 though in its initial days, the technology was only popular in United States of
America. The gaming console developed by Nintendo Entertainment System was a 8 bit gaming console.
Though Japan too made a debut in this technology during 1983 and can be credited to be the real developer of
this innovative technology. The version of gaming console developed by Japan was known by the name of
Famicom and got lot of critical acclamation in Japan.
Nintendo initially partnered with Atari to unveil this technology to the general public. However, these two
companies took their separate paths soon. The lovable characters of Super Mario and Donkey Kong are the
creation of Nintendo and continue to enthrall video game lovers even today.

The advent of the DVD technology during 1996 laid curtains too the much popular VCR and Laser Disc. The DVD
was developed and brought out in the market simultaneously by several players. Leading players of the field
including Apple, Microsoft, Dell and Sun Microsoft along with a host of other popular market players came out with
their unique versions of the DVD. The technology also threw the popular VHS technology to the winds and the
same made a hasty retreat.
Interestingly, a reason for the popularity of the DVD was that it could store data more than seven times a CD could
have and were considered a viable alternative to the VHS cassettes which were quite bulky.

The High Density Television too made its debut during 1998. A reason for the popularity of the same was that it
boasted of thousands of pixel per frame in a second. This brought amazing clarity to the screen, though this
technology seems obsolete in front of LED’S, Plasma Televisions and Smart TV’s which have since overtaken
the market.

The DVR technology was displayed by Replay TV and TiVo which displayed the technology during 1998. The
technology gained ground in 1999 when Dish Technology Ltd linked the same to Microsoft and beamed
programs from satellite programming systems.
This technology has since manifested into the Dish antenna system which we now have commonly. These vintage
technology items have paved the way for the future technology to gain ground and the innovations still continue.
Editor’s Note: Lina Ryann is a designer, speaker, educator, blogger and writer. She love to write on technology, social media, marketing etc. These days she is busy to contributes on getamplify