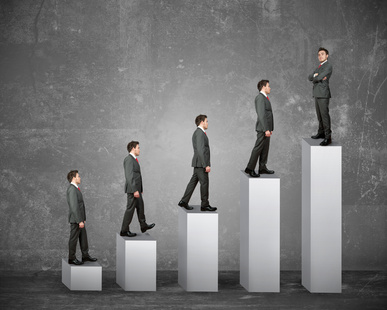 Successful CEOs are all around us. They are the ones that help run large, successful companies. Each of these CEOs has a variety of traits that can help you pinpoint exactly what you need to do to be successful in a similar position. Consider some of the best — and most common — traits of the world’s best CEOs.

Ability to Work With Others

There are a lot of people out there, and many even in executive roles, who simply can’t work with other people. They work best on their own and have a tendency to butt heads with colleagues. However, a good CEO who’s going to be effective and get things done will understand the need to work with others. They also have the ability to put their own issues aside to understand where someone else is coming from with issues, problems, and solutions. A CEO that can’t discuss the issues of the company with department heads is going to have problems and likely won’t be a CEO for very long.

Some of the best CEOs through history have been great innovators. Innovators make successful CEOs for a number of reasons. First, they’re able to think outside the box. This ensures that there are interesting and usually effective answers to problems. Innovation is more than just thinking outside the box, though.

To make it as an effective CEO, you need to be able to implement the changes you come up with. Many companies, large and small, continuously have the same problems. Whether they’re losing customers, they’re costs are increasing, or it’s difficult to keep employees, having a CEO that helps with the solutions inspires excitement and enthusiasm from the rest of the company.

One of the biggest problems that CEOs of small companies face is that they want to have a handle on everything that happens in the day-to-day operations of the company. They have a tendency to micro manage everyone in the company. However, the CEOs that are able to let it go become much more effective at running the company. There’s something to be said about understanding the day-to-day running of the office, but as CEO you need to understand how to macro manage instead of micro manage. This will keep everyone in the company more comfortable and happy.

You need to be interested in your company and what it offers. However, the best CEOs have more than just a passing interest. They have a passion for what their company does. Being able to focus this passion and show others what makes your company and product so great is what makes a CEO successful. In fact, without this passion and the ability to focus it, there’s little reason for you to be the CEO of the company.

CEOs are usually very public figures. There’s speculation about what a CEO is doing with a company. They meet with other CEOs and managers. It’s important that every good CEO has a confident air. Those who aren’t able to show their confidence have a difficult time always being in the spotlight.

There are many traits that are important to successful CEOs. In addition, each CEO has their own way of dealing with issues. Who do you think exemplifies the perfect, successful CEO?