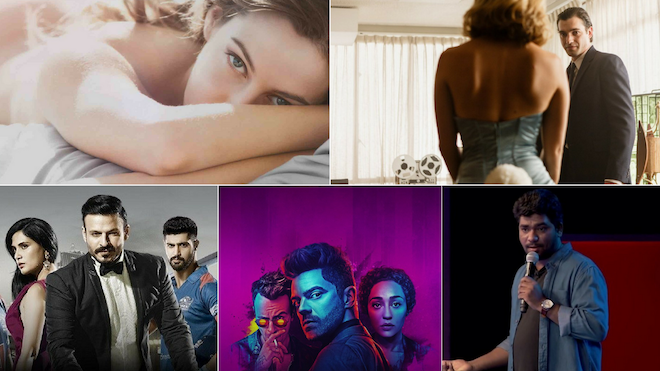 Are you still confused about the future of web-television series in India? Don’t worry about that, the forthcoming time for the subscription based video on demand service is brighter than ever before.

Before moving, Here I would like to disclose that this article is not at all sponsored by the Amazon Prime or any web series. Well, a disclaimer is important because nowadays people start making an assumption about anything without putting logic.

Having said that, the on demand streaming videos are not a huge deal for western culture as its been there for many years now. But when it comes to Countries like India; people are starting to adapt western content rapidly considering the Indian traditional television contents are getting boring with every coming day due to lack of independence from the creative perspective as CBFC is putting censored content everywhere.

Coming to the epitome of the article; Here we are showing you the best 5 Amazon prime original and exclusive series offered by Amazon to its prime members in India. These shows are particularly high on creativity, originality, and entertainment quotient.

The girlfriend experience is an American television drama series starring Riley Keough as Christine Reade, a second-year law student intern who entered into the world of transactional relationships as a high-end escort.

The series originally aired for the first time on April 10, 2016, with thirteen episodes on board. As far as my opinion goes, the show is more on intense side and do consist lot of voluptuous content but that’s the demand of story telling. The show is packed with high-on entertainment and drama.

Inside Edge is an Indian-American web television series based on happenings of a fictional T20 cricket team, Mumbai Mavericks that plays in the Powerplay League. The show is packed with high-end drama, conspiracy, betrayal, crime, money, sex, and power. It is starring Vivek Oberoi, Richa Chada, Tanuj Virwani, and Angad Bedi in lead roles. It is premiered on Amazon Video on July 10, 2017, and the first season comprised ten episodes.

The show is meant for the Indian audience and it is really intriguing. And don’t give a shit about what critics have to say about the show; most of them still don’t understand the core essence of the entertaining content.

This stand-up comedy is a must watch for all those individuals (especially single) who enjoyed watching Hindi spoken content. The Haq Se Single is comedian Zakir Khan’s narrative that takes you through his own journey of becoming an ultimate relentless single #SakhtLaunda. The guy who’s survived numerous rejection, love, heart breaks, and adulthood – who is single and still proud of it.

Trust me you can’t go wrong with this, the narration specifically targeting the male youth and you can relate yourself to each instance of his narratives.

Unlike aforementioned realistic shows, Preacher is an American television series starring Dominic Cooper. The series is based on the comic book series ‘Preacher’.

The first season of Preacher was aired on May 22, 2016, comprising 10 episodes. The series was renewed for the second season for a 13-episode that premiered on June 25, 2017.

Forget The Wolf of Wall Street, the American Playboy gives you the ultimate sense of entrepreneurship without compromising on your aspirations. The series offers the entire view of Hugh Hefner, the man behind Playboy magazine and his growth, lifestyle, relationships, downfall in ten episodes long Amazon Original series that aired on 7th April 2017.

The web series comprised of interviews, archival footage and cinematic re-enactments that cover the launch of the magazine as well as the next six decades of Hefner’s personal life and career.