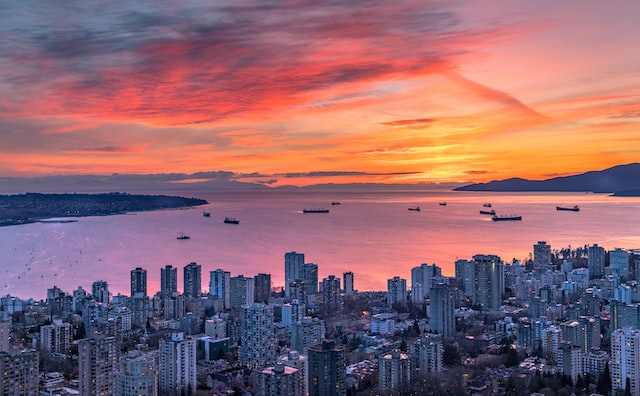 It wasn’t long ago that for many Americans, Canada was the Great White North — a vast expanse carved by glaciers and carpeted with ice.

Everyone knew that places like Toronto, Montreal and Vancouver were exciting cities with a great quality of life, but beyond those population centers crowded against the U.S. border, the image was that of endless landscapes and few people.

Fast forward to 2022, when Canada’s population has reached the point where there is now a serious housing crisis in the country. Like its neighbor to the south, residential units have not kept up with surging demand, and the prices of existing units have soared to levels once unimaginable.

As the Bank of Canada seeks to manage inflation with its series of interest rate hikes, a profound shift in lifestyle options and choices is taking place below the surface. Stratospheric home prices have been a barrier to home ownership for many Canadians in recent years, but the added burden of pricey mortgages has sent the numbers of renters soaring.

The renter population grew by 21.5 percent last year, while the number of homeowners increased by just 8.4 percent, based on a report by Statistics Canada. Significantly, the data show that the shift to rentals began even before the Bank of Canada accelerated its interest rate tightening.

According to Toronto developer Jordan Fletcher, the findings highlight the need for greater supply of housing in Ontario and beyond, especially in suburban communities such as St. Catharines, Welland, Niagara Falls, Niagara on the Lake and Thorold, as well as London, Ontario.

“Canada is falling behind in its ability to create affordable homes,” he says. “With ample supply lacking, homeowners are stretched to the limit. Average mortgage payments in Ontario now represent an incredible 60 percent of disposable household income.”

The Canada Mortgage and Housing Corporation (CMHC) recently estimated that 1.85 million new homes would need to be built in Ontario to meet demand and boost affordability, requiring a 28 percent increase in residential construction.

The CMHC report was not optimistic about this affordability gap closing soon: “There have been a multitude of reports on Canada’s housing system over the last few years. Government panels have been struck and the answer is now clear: we need more housing supply. We need to take drastic measures now to produce more housing — not more reports.”

Fletcher cites a variety of factors that have suppressed construction in the province, and indeed nationwide: complex permit procedures, other types of regulations and mandates, skill shortages and supply chain disruptions. In addition, there is a wild card in many proposed construction projects: NIMBY, the impulse of some existing residents to oppose any project unless it is “not in my back yard.”

Approximately two-thirds of Canadian adults own a home, which is slightly higher than the U.S. rate, but less than that of the U.K. and the average of all Organization for Economic Co-operation and Development countries.

The Statistics Canada report found the biggest drops in home ownership over the past decade occurred in Nova Scotia and Prince Edward Island, followed by British Columbia (declining from 70 percent to 66.8 percent) and Ontario (where the rate dropped from 71.4 percent to 68.4 percent).

According to Fletcher, the market may be adjusting to this new reality. He notes that permits for constructing multi-family buildings were 73.2 percent of the total issued in Canada last year, compared with 40 percent in 2011. Residential structures that are five or more stories are increasingly popular with builders, he adds.

Fletcher is not surprised by this hopeful statistic: “This is a great example of how developers play such a key role in wringing distortions out of the market, and responding to consumer demand with agility and imagination,” he says.