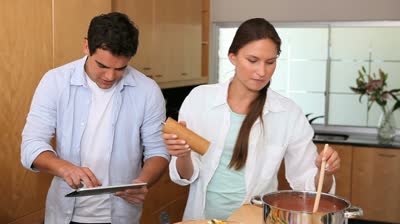 It’d be nice to think that new couples never have any problems. Of course, we all know that this is simply a pipe dream. Many romantically involved individuals have their fair share of problems, and unfortunately, many of them start with one thing; money!  That said, you can absolutely preserve through these issues.

Consequently, it’s worth deliberating on this further; what are the 5 money mistakes that new couples should avoid?

Distrust and secrets are the great killers of all relationships, and they often lurk around where money is concerned. Therefore, it’s a good idea to make sure that both you and your partner disclose everything about your financial histories; debts, earnings, credit histories, subscriptions and everything else! Once you’ve both revealed it all, you can work together to problem solve and drum up solutions to any issues. You’ll also understand each other better, from spending habits to your individual attitudes to money.

Ignorance of the future

After discussing the past and present, look to the future. Do your plans conflict with your partners? Perhaps you want to buy a place in 3-4 years, but they’re content to stay renting for longer? It could be you’re planning a series of luxury holidays, and they want to save for a good long while? Perhaps they want fewer insurance plans than you? Try to get on the same wavelength, because frankly, your finances and your relationship will take a serious hit if you misunderstand each other’s long-term objectives. Instead, budget and plan together, and you’ll both always know where all your money is going.

Chances are you and your partner will butt heads at some point, but it’s how you overcome these occurrences that matter. Instead of arguing and trying to change one another’s behavior, open up an effective joint account instead – this will help you pay bills on time and control day-to-day spending. In the end, you’ll find that most of the arguing can be replaced with some solid learning curves for each of you instead.

While it might be tempting to combine all your resources when things get serious, try not to take things too far. Avoid discussions of wills until you’re married for a while, for example. After all, breakups do sometimes happen, and they go much more amicably when the finances of the people involved aren’t so tightly infused. You’re both adults, so a measure of independence with at least some of your money should be practiced. Consider opening smaller and separate bank accounts to stash away some funds only to be used by yourself, whether it’s savings or spending money.

Sometimes, couples are one of either two things; too frugal with their spending, or overindulgent. However, it’s not always about the amount you spend, but how you spend it. For example, you can invest money into the property together, becoming landlords of a flat or two you could rent out. Try not to get to obsessed with money spent on things like branded food and all those other trivial expenses – invest smartly too!

Ultimately, communication is key here. While teamwork and understanding are always advisable, it’s also important to maintain some independence with your money – even if it’s just a few minor savings. So long as you and your partner are open and honest with another, things will work out fine in the long run!