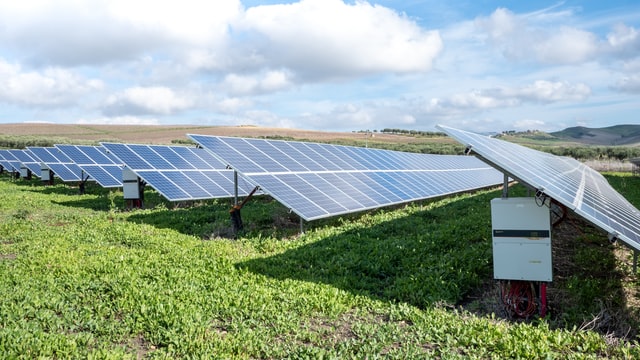 Everyone seems to be going green these days; more people and corporations seem to be boasting their eco-friendly lifestyle. Going green is such a vague and widely used term, though, so what does it mean?

At its core, going green means being aware of your impact on the environment and taking steps to reduce how harmful that impact is by examining waste and pollution production. One common way of addressing such an issue is converting to renewable energy.

What Is Renewable Energy?

Green energy is energy that can be replenished at or above the rate at which it is being used. Popular forms of renewable energy include solar, wind, and hydro. Non-renewable energy, on the other hand, cannot be replaced at the same rate of fuel consumption. The term fossil fuels are derived from the source of these fuels and how long it can take them to form billions of years.

Forms of non-renewable energy include coal, oil, and natural gas. As Australia’s population increases, so do the demand for and consumption of energy, making it even harder for non-renewable sources of energy to remain viable. Due to this, there has been an increased demand for renewable energy sources on the market, with solar energy consumption up by 50%. Thinking about joining the movement to go green? Here are three key benefits to making the switch:

One of the benefits of green energy is lessening your impact on the environment. Traditional forms of energy such as oil, coal, and other fossil fuels produce air pollution when mined or burned. Burning fossil fuels heavily contributes to ground-level ozone and fine-particle pollution.

Fine particle pollution is particularly harmful because the pollutants can remain in the air for longer due to their smaller size. This type of pollution has tripled in concentration in Australia recently. In addition to their longevity compared to other forms of air pollution, these particles are particularly dangerous since they are small enough to be absorbed into your lungs and even your bloodstream causing adverse health effects.

Because these super fine particles can be absorbed into the lungs and blood, fossil fuels and other traditional forms of energy have harmful effects on the respiratory and cardiovascular systems, especially over long periods. About 5,000 Australians die due to the effects of air pollution exposure every year. Other effects people suffer from fine particles and air pollution include:

In addition to impacting the health of living individuals, air pollution can also cause increased birth defects in fetuses. The Australian Institute of Health and Welfare has estimated an equivalent of 28,000 years of human life have been lost to air pollution so far. By choosing to go green, you can not only protect your health but the health of your community and help prevent the next 28,000 years from slipping away too.

In addition to improving the health of yourself and your community, going green also creates a healthier power grid. By more consumers utilizing more renewable sources of energy, the fuel market is being diversified. Thus, the risk factors of primarily relying on one source of energy, such as petrol, are decreased.

For example, think of trying to fill up your car during a petrol shortage, if you’re able to find any at all the prices are likely to be sky-high. However, if you had a car that could pull energy from multiple sources like a hybrid, it alleviates the threat of scarcity. Integrating multiple power sources also decreases the stress on the system, which can improve power supply and reduce outages.

Whether you’re doing it for the environment, health, or efficiency, choosing to go green today powers a better tomorrow.