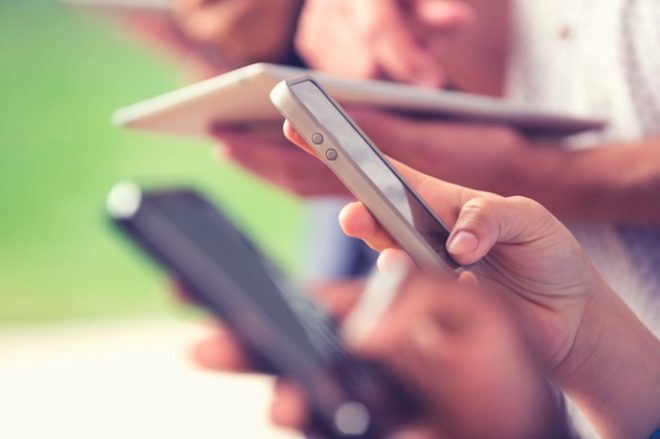 With all of the cool new phones hitting the market, you might be asking yourself — is it time for a new phone? Certainly, you can’t afford to buy a new phone whenever a new one is released. However, holding onto your phone forever is also a problem, as it will break down when you least expect it. Determine if it’s time for a new phone by considering some of the issues below.

If your phone struggles to make it to lunch without needing a charge, you might need an upgrade. However, it could also be your battery itself that is wearing out, so try investing in a new phone battery first. If that still doesn’t solve your problem, check out some new phones that offer great battery life.

These days, plenty of phones can make it past the 10-hour mark with continuous use. The ZenFone 4 Zoom can last over 16 hours, while the Google Pixel 2 XL lasts just over 12. More common varieties like the iPhone 8 Plus and the Galaxy Note 8 last over 11 hours. Do your research before committing and you’re sure to find a phone that will meet your usage needs.

While an 8 MP camera might have been amazing three years ago, today it’s laughable. If you don’t have a separate digital camera to capture memories, you’re going to be left with only low-resolution, grainy, pixelated images that aren’t even worth uploading to Facebook.

There are plenty of great smartphone cameras out there, as manufacturers are realizing that more and more people are using them in lieu of actual cameras. The iPhone 7 Plus, Google Pixel, HTC U11, Huawei P10 Plus, Samsung Galaxy, and Samsung S8 all have rear-facing cameras of 12 MP, which is plenty of resolution for high-quality images. If you’re a fan of selfies, you’ll also want to consider the MP count of the front-facing camera to ensure your face doesn’t come out looking like an amorphous blob.

Your old phone might have been blazing fast when you first got it. However, because provider networks are constantly upgrading, your phone just might not have the correct hardware to connect to the latest 4G LTE signals. If you’re having trouble getting full service or are stuck on 3G, upgrading could take you into the future.

Look for new phones that have the latest hardware, as they’ll get the fastest connectivity. Additionally, make sure you choose cell phones from a reliable provider, like T-Mobile. T-Mobile is a good choice because it has the fastest growing 4G LTE network in the nation.

When to Look for a New Phone

Consider the time of year before purchasing a new phone. Certain brands have a penchant for releasing new models during the same time of year. For example, Apple pretty consistently releases its new offerings during the third week of September. Samsung, on the other hand, tends to release its Galaxy series phones in either April or March. If you’re on the prowl for a Google Nexus, keep your eyes peeled around October or November.

With these timelines in mind, this means you have two options. You can either invest in the brand-new model that just hit the market or buy a used phone from someone selling theirs for cheap. Often, prices of previous models tend to plummet upon the arrival of an upgrade, so you’ll be able to score some great deals if you wait for the latest release.

That being said, the brand-new model typically includes fun features and capabilities not available on the prior version. It may be worth the extra cash to stay on top of the latest trends. However, if you can wait even just a few months after a big release, prices for new phones should drop as the excitement wears off.

At the end of the day, it’s up to you to decide when you need a new phone. Use these tips to help you come to a conclusion as well as make the right choice for your new device.

Shopping Smarter: How to Find the Best Phone Case