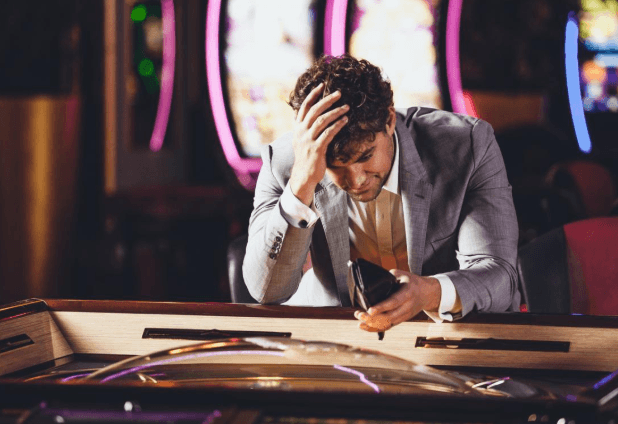 Losses do happen even in the best New Zealand casinos. But when he sees someone in carrying a huge loss in one night, as a gambler, you should be compassionate to them and should not make them feel wise than they are already feeling. This implies that you must choose their words carefully if you have to talk to them and whatever you said to them should be things that will encourage them and not make them continue lamenting over the loss. With that said, there are certain words certain things you should never say to a person who has just made a huge loss in a casino. Here is a brief look at some of the things you must be very sensitive about before saying to someone was lamenting over losing a lot of cash in the casino.

Just practice harder, things will get better next time

Trying to tell someone who just made a huge casino loss that they should practice harder so that things get better in the future sounds like a very big insult and a rub of salt on a fresh wound. This statement simply means that the person lost because they did not practice enough or because they were not experienced and that’s why they incurred the losses. It should be understood that losses do happen and its normal and sometimes you can never tell the amount of money you can lose. Instead of coming up with such a reckless statement, it would be a good thing if you just kept quiet and let the person deal with their loss in peace.

You mean you lost that much!

This is another statement you must be very careful with before you say to anyone who just went through a streak of losses. In most cases, when a person goes from one loss to another, they will try to convince themselves that their losses and not that heavy. But when you try to bring them to the realization that they’ve lost a lot of money, it will not always go well with them and they will feel as if you are laughing at them because you have not made any losses. The best thing to do in such a situation is to encourage them and tell them that things will get better someday and don’t give any suggestions on don’t try to give any reasons why they may have incurred losses did.

It seems the gods abandoned you

When you tell someone who just lost money in as a casino that the gods were not with them during that night, then you will appear as if you’re patronizing them for the losses they made. It is an impolite statement and a very insensitive one that is sincere gambler should never even think about. In as much as gambling relies on some luck at times, there’s also an amount of effort that people put while playing. Therefore, when you insinuate that the gods are not with them, it simply means that you’re telling them that is not good enough to make money on their own and they must always rely on the gods and since the gods are not with them for that particular night, they ended up making the losses. This is not called for and you should never say it to someone who just lost his money trying to win some money.

Well, people make losses all the time so don’t worry about it

Of course, people make losses all the time in casinos but then they normally don’t ask to be reminded or be told that it is a normal thing. It should be known that gambling is very risky and when real money is on the line than a lot of other things are also on the line. This is why even though people may lose money every now and then, it is insensitive to try and tell someone who just made a loss that it is normal for them to lose. It is not normal for anyone to lose money in the casino. People go to the casinos to make money but not to lose money, therefore, it’s not really fair to try and tell them that losing their hard earned cash is something normal.

I know you will recover your losses next time

This is another statement you must never say to someone who just lost a lot of money in gambling. Though it may sound assuring and it may make you appear like someone who is really concerned about the loss, by saying that you know they will recover their losses next time, you are implying that you can foretell the outcome of their future plays. And this is a problem. There is no way of you knowing whether they will recover the losses they made for that night. It is a false sense of assurance which will not help the victim at that time. If anything, you know for a fact that you don’t know whether you will make money the next time you visit that casino, so how can you know whether they will recover their losses next time?

What is your exact loss/how much did you lose

When someone says that they have made a big loss for the night, they’re not keen on letting you know their specific amount of money they have lost. You should respect that and not go ahead trying to press to know the exact figure that they have lost. By asking for the exact figure, you may end up embarrassing them or making them feel that the loss is so huge – more than it actually is. Unless they willingly tell you the exact amount of money they have lost, don’t be a pest and try to know the exact amount. If anything it’s not your money and you should learn how to mind your own business.