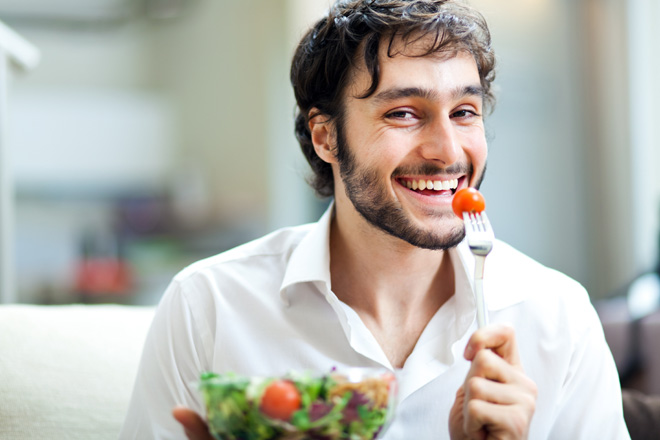 Firstly, we will start by taking a look at some of the different physical signs and symptoms that are typically associated with a binge eating disorder. Binge eaters will typically have a poor skin condition, stomach pain and other stomach issues, constipation, bloating, weight gain, difficulty sleeping, and tiredness. Of course, these signs on their own often do not mean that someone is binge eating. After all, you can have trouble sleeping without being a binge eater. However, they represent some of the different signs that you can look out for when trying to figure out if someone needs help.

You also need to look out for psychological signs of a binge eating disorder, as binge eating is a mental illness. You may notice changes in the way that someone feels before any physical changes start to become evident. Some of these signs include feelings of guilt and shame after bingeing, anxiety or depression, low self-esteem and confidence, and feeling tense and anxious, especially when they eat in front of other people. Binge eaters often feel like they do not have any control when they are around food. Plus, they spend a lot of their time – or at least most of their time – thinking about food.

Last but not least, you can often notice some changes in a person’s behavior if they have an eating disorder. For example, they may compromise on their employment or education plans. They may also have a lot of mood swings, be irritable, experience social withdrawal and isolation, avoid eating around other people, and eating until they are uncomfortably full. Binge eaters also eat when they are not hungry and they eat quickly too. Hoarding food is something else to look out for. Binge eaters also organize their lives around bingeing episodes and they purchase a lot of food.

Final words on the signs of a binge eating disorder

As you can see, there are a number of different signs and indications that you may have a binge eating disorder. The good news is that there are also a number of treatment options as well. For example, a lot of people look for Vyvanse discount codes online because they know that this is an effective treatment for binge eating disorders (BED). Of course, it always makes sense to book an appointment with a professional so that they can assess your disorder, the severity of it, and the symptoms you are experiencing, and then they will be able to advise you on the best course of treatment for your situation.