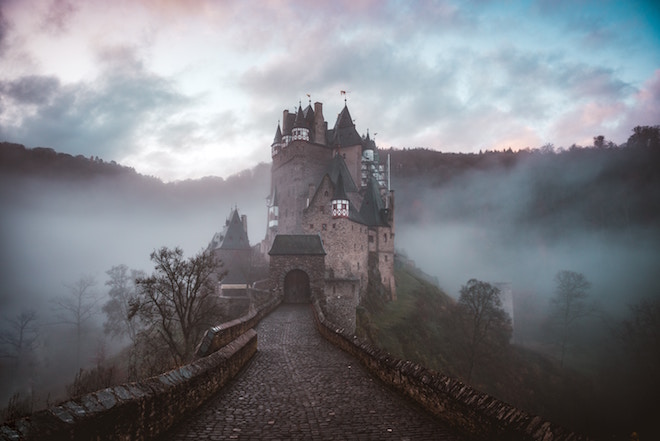 The world is a huge place, despite advances in technology and travel, there are still mysteries to be explored and secrets not yet revealed. It’s thanks to this that there are still some truly scary spots in the world.

You owe it to yourself to visit at least one of these during your lifetime.

Sydney is known as a modern, vibrant town, that has a little of everything for everyone. However, you may not realize that the Rocks, which are an integral part of the city, have a long and surprisingly scary history.

Check out the Rocks ghost tours and discover the haunted side of Sydney, it will change your life!

If you want to travel across the globe you’ll get to experience the eerie image of the Brown lady, believed to be Lady Dorothy Walpole.

Of course, seeing her is not guaranteed but, if she appears, the apparition is scarily lifelike.

Not all scary places have ghosts. This spot is often referred to as the gateway to hell. The crater was formed in 1971 when a team of scientists hit a methane reserve when looking for oil.

Lighting the methane was intended to burn the gas off, instead, this has stayed lit for nearly 50 years….

This road is just 50 miles long but it is responsible for hundreds of deaths. It is just 12 foot wide with a drop of 15,000 feet to one side. Add to this plenty of fog and rain and you’ll understand why the visibility is limited.

Because there are no guardrails there is very little to stop one error becoming your last.

This is actually a natural phenomenon but looks like a terrible crime scene. The Taylor Glacier is also known as blood falls. In fact, the water comes from an underground lake which is three times as salty as the sea, this stops the water from freezing.

The high presence of iron in the ground gives the water its blood-red color that literally makes the blood go cold in your veins.

For approximately 30 years at the beginning of the 20th century, this hospital was a tuberculosis sanatorium. Many patients died on the premises.

During World War I it was used to treat soldiers who had been shot or caught with mustard gas. It’s believed that Adolf Hitler was treated here.

The hospital was used by the Nazi’s and then by the Soviet military.

It’s now partially decayed and guaranteed to send chills up your spine.

There are many catacombs across the world but these are particularly disturbing. The conditions at this spot mean that the corpses are naturally mummified since it was created near the end of the 16th century, hundreds of people have been placed here, dressed to impress.

What’s really eerie is that all the corpses are stood up, like museum exhibits. Their skulls stare out at you, as they stand looking almost lifelike.