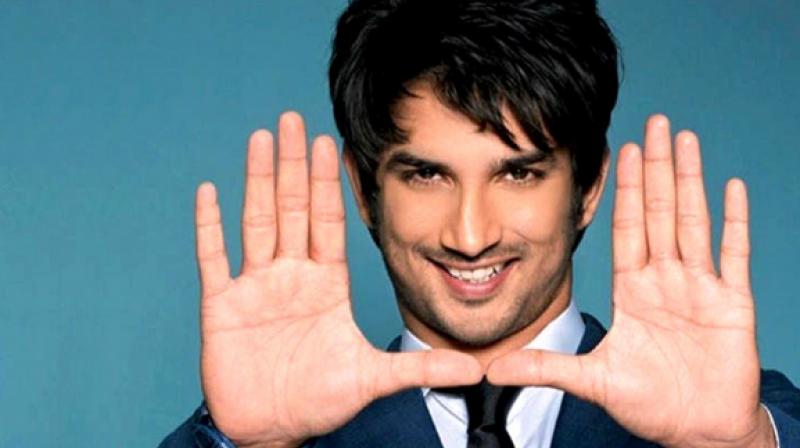 Sushant Singh Rajput was an Indian actor, and his unfortunate demise on June 14th, 2020 has left not just his fans but the whole Country heartbroken. He was best known for his role as MS Dhoni in the biopic of Indian cricketer MS Dhoni called ‘M.S Dhoni: The Untold Story’.

Apart from being a gem actor, Sushant, cracked over 11 different engineering entrance exams and had ranked seventh in the DCE Entrance exam in 2003 which was considered equivalent to IIT-JEE in terms of competition. He pursued a degree in Mechanical Engineering at Delhi College of Engineering, though, he dropped out of college in the last year to pursue acting. He had also won a national-level Olympiad in Physics.

He starred as a lead actor in over 10 feature films that include Kai Po Che (he made his debut with this film in Bollywood in 2013), Shudh Desi Romance, Detective Byomkesh Bakshi, PK, MS Dhoni: The Untold Story, Raabta, Kedarnath, Sonchiriya, Chhichore, Drive and Dil Bechara (Scheduled to release on 24th July 2020 on Disney+ Hotstar)

According to various tabloids, he was very selective when it comes to picking movies, and perhaps that is the prime reason why he’d only done 11 Movies in his glorious 8-year career and rejected dozens of scripts. Out of ten movies he’d done, six of them were blockbuster hit, it shows how compassionate he was when it comes to identifying the scripts that could do better in theatres. He was an astrophysicist at heart and him being the owner of one of the advanced telescopes Meade 14″ LX600 in the world proves it all. He placed his telescope near the window of his seaside facing the house.

Considering all the facets of his life, we can say one thing about him for sure is that he was the most intelligent actor Indian film industry ever witnessed.

Here are 25 Sushant Singh Rajput Lively Quotes Which Proves he was an intelligent and Oscar Deserving Actor:

1. “To be able to make statements, you need to be confident about what you think. You need to have a sense of right and wrong.” – Sushant Singh Rajput

2. “I want to be part of films where I can take risks. My agenda as an actor is to learn and grow every day.” – Sushant Singh Rajput

3. “I’m a trained engineer, so I’m conditioned to come up with a right answer to a difficult question, but when it comes to art, there is no definite answer because it’s so subjective.” – Sushant Singh Rajput

4. “I won’t lie and say that I’m not seduced by fame and money. But what has kept me going is the excitement of finding a character and living him.” – Sushant Singh Rajput

5. “Before the film begins shooting, in your head, you need to be the character. You have to convince yourself somehow.” – Sushant Singh Rajput

6. “Whatever dream you have, be sure that it is going to be happen, and then forget about it. Then you have to come back to the present and be there 100 percent.” – Sushant Singh Rajput

7. “No matter what you achieve, what you want to aspire to be, or how famous and powerful you become, the most important thing is whether you are excited about each and every moment of your life because of your work and people around you.” – Sushant Singh Rajput

8. “I really wanted to buy a Range Rover. It was a big dream, and the day I bought it, I was very happy, but by evening, I was immune to it. That’s when I realized that excitement if it’s happiness, is not in reaching the goal but in the process. Thus process trumps over realization.” – Sushant Singh Rajput

9. “We should never forget the inevitable, as we will lose everything eventually. So why fret over any kind of security? The idea is to just fly and experience it all while it lasts.” – Sushant Singh Rajput

10. “There are so many ways to approach a character. You have to figure out the similarities between you and the character, build on them, and at the same time, blur the dissimilarities. Since you do it day in and day out, it becomes a process and a part of you.” – Sushant Singh Rajput

11. “Everything happening around me is very random. I am enjoying the phase, as the journey is far more enjoyable than the destination.” – Sushant Singh Rajput

12. “Bringing out your vulnerable side and shedding your privacy in front of complete strangers is so very difficult, but when you are into the performance, the relief and release is so extraordinary that you get addicted.” – Sushant Singh Rajput

14. “Everything that is somehow related to direction and filmmaking fascinates me, like cinematography.” – Sushant Singh Rajput

15. “It took me 13 months just to prepare for ‘M.S. Dhoni’… I started by watching every single video I could find of his, repeatedly. After three months, people who met me started saying that they could see similarities, and I knew I was on the right path.” – Sushant Singh Rajput

16. “The closest synonym of happiness is excitement, and you can generate it by doing something that you can’t completely comprehend. This understanding makes the process rich and exciting.” – Sushant Singh Rajput

17. “I left everything I had to become an actor. So, I better be excited, or otherwise, there is no point in doing all this. Else I would end up being disappointed with whatever I achieve.” – Sushant Singh Rajput

19. “I think, for every actor, the most challenging part of playing a character, specially a real-life character, is to convince yourself that you are the character.”

21. “I think we are all insecure, and there is nothing wrong in accepting that. But the problem arises when we try to counter this insecurity by cultivating this illusion of control, and we start taking ourselves and everything we know too seriously.” – Sushant Singh Rajput

22. “Our job, as actors, is not to tell the audience how interesting we are, but to entertain them with our films.” – Sushant Singh Rajput

23. “Theatre is a must for actors. They should try it at least once. It makes you disciplined, teaches you to respect your work, and boosts your confidence as an actor.” – Sushant Singh Rajput

24. “For the past 33 years, I have looked in the mirror every morning and asked myself: ‘If today were the last day of my life, would I want to do what I am about to do today?’ And whenever the answer has been ‘No’ for too many days in a row, I know I need to change something.” – Sushant Singh Rajput

25. “We cannot change anything until we accept it. Condemnation does not liberate, it oppresses.” – Sushant Singh Rajput