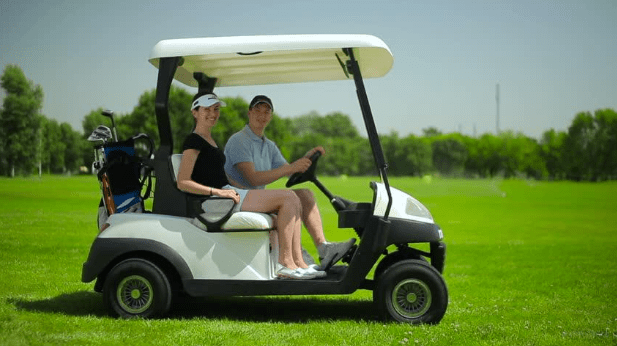 More and more people are becoming aware of the benefits of owning an electric vehicle. While the number of electric vehicles still doesn’t compare to traditional ones, that gap is slowly closing, especially in several European countries.

In the golf course, there’s even an electric variety of the golf cart. Some golfers even have their own to help them caddy their heavy equipment across the course and even use them outside the course. If you’re contemplating whether you should get an electric golf cart, maybe these seven reasons will help you decide.

Golf carts that run on gas engines are traditionally noisier than their electric counterparts, which may disturb other golfers and the nearby wildlife. If you’re on hunting grounds and using an electric golf cart, you can move around animals without causing too much of a disturbance.

Some owners also use their golf carts to move around their communities. Residential areas often have strict rules when it comes to keeping the noise at a minimum, so selecting a quieter vehicle would then be a top priority for them.

All vehicles, no matter what kind, require regular maintenance. The good thing about electric golf carts is that they require less. Firstly, you don’t have to keep changing oil because they don’t need it. They also have fewer components and moving parts, so there are fewer components to replace. Compare that to the gas variety, which has more than a thousand parts. It’s important to remember, though, that you do need to have your golf cart’s battery replaced periodically, about every ten years.

The biggest draw of electric golf carts is that they are eco-friendly because they don’t produce fuel emissions on their own. Emissions, of course, come in the form of carbon dioxide, which when excessive cause irreparable damage to the environment and indirectly your health as well.

If you’re the kind of person who wants to take a greener approach to your game on the course, electric golf carts might be an appealing option for you.

The common misconception when it comes to electric vehicles is that they don’t perform as well as fuel-powered vehicles. That’s only true for the first few iterations of electric golf carts. The ones available today are far more superior to their predecessors and can compete head-to-head with their gas counterparts.

Also, thanks to the engine, they’re able to start and accelerate faster, so you don’t have to worry about losing precious time in the game or moving quickly enough to catch your target.

If you’re into golf because you want to relax, then opting for an electric golf cart will help you do just that. You’ll save yourself trips to the gasoline station because your golf cart does not require fuel.

Today’s electric engines are also more durable that they only need minimal maintenance and occasional replacement. That’s not only time saved but money as well. Plus you’ll be enjoying a quieter game because they don’t produce that loud of a noise.

Contrary to popular belief, electric golf carts aren’t that expensive, at least if you know where to look. That’s why it’s important to do your research beforehand if you’re in the market for an electric vehicle. You might even find sellers whose specialty lies in scouting for electric vehicles.

Also, over time, you’ll be able to save more since electric engines don’t require you to buy fuel, and they take longer to break. This means you don’t have to worry too much about your future repair costs.

Like most electric vehicles, electric golf carts are the future. More and more people are becoming socially aware of the environmental impacts of their lifestyle. That includes the kind of vehicle they own, whether inside or outside the golf course.

With Tesla and several other automotive companies taking the lead, electric vehicles are becoming cheaper and more efficient every day. If you want to stay ahead of the times and want to be mindful of your own carbon footprint, there’s really no other choice that comes close to an electric golf cart.