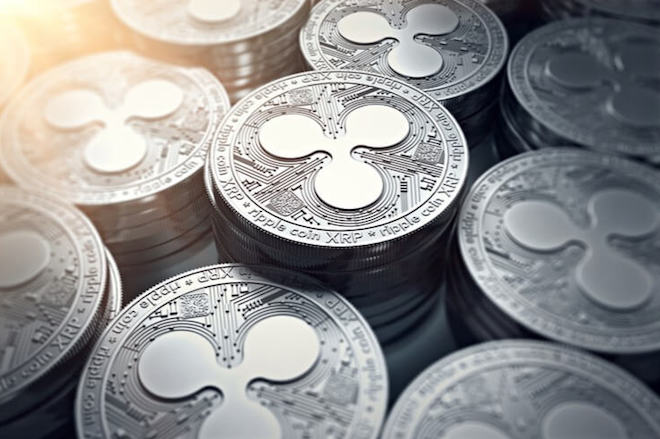 A few months back Bitcoin aka mother of all cryptocurrency became a household name among investors. But people were taking Bitcoin as a train which has already left the platform. And considering that many of small investors looked to board another train which could take them to their dream destination of becoming a millionaire.

And surprisingly Ripple’s XRP played a light at the end of the tunnel for such investors. That’s where XRP Price shot up from $0.35 to almost $3.81 within a span of one month. It actually made thousands of Ripple investors, the millionaire in just a few days.

Having said that, Ripple XRP is finally seeing a significant crash from last two days. It has already lost 50% of market capitalization in 48 hours. After such a huge downfall, many investments gurus are putting contention that the plunge is starting of Ripple’s bubble burst and some are saying Ripple’s technology is not justifying it’s all-time high market price of $3.81.

And many folks are making an argument that Ripple’s XRP concept is totally opposite of cryptocurrency theme. As banks are gaining control over decentralized coins due to the hiked price of XRP.

(Note: Here at Abrition, we do not try or aim to propagate any cryptocurrency, this article is just an effort to protect the investment of those people who are selling their position from Ripple in panic due to number of misleading external information and factors, also remember, investment in cryptocurrency comes with huge risks where you might lose your entire principal so invest wisely.)

But before selling your positions at XRP, you need to consider following aspects of that downfall and future prospects of XRP.

1. Remember, It is not only XRP but almost all other cryptocurrencies lost the significant market cap. As Coinmarketcap excluded data from South Korean exchanges where Ripple was trading at a 50 percent premium.

2. Whenever a Cryptocurrency reaches the top, there will be a meager downfall from all time high where it could see a prolonged cumulation. Even in past, we saw Xrp touching INR 40 in June and then consolidated for 6 months period; at price range of INR 15-20. Same happened with Ethereum, Litecoin, IOTA, and Bitcoin as well.

3. You must be thinking why these investment gurus and exchange owners across the globe are raising negative points of Ripple’s XRP. Here you guys need to deal with the situation in an intelligent manner.

You see the same thing happened to Bitcoin in past where big names like Jamie Dimon called Bitcoin, a fraud. These people said such things mainly because many of these big names with huge funds never boarded the golden train called ‘Bitcoin’ that’s why they use negative word of mouth to diminish the value of Bitcoin so that they could invest in them whenever the Bitcoin witnesses a significant price correction due to negative publicity.

And the same scenario is applied to Ripple’s XRP as it has emerged as the next bitcoin. And again these so-called investment gurus missed the chance to grab yet another golden train called ‘Ripple’.

4. What if Cryptocurrency or Bitcoin/Ripple/Ethereum Growth Is Actually a bubble? We all know that the extremely volatile nature of crypto world indicates the fact that such valuation of these coins is just a mere speculation and nothing else.

But does that mean 2018 is the end of Crypto bubble? Obviously not, Here’s why? Always remember whenever a bubble strikes the financial market whether it is Dot-Com bubble (which lasted from 1995-2001) or Housing bubble or Harshad Mehta Scam in India, they will control the financial market for the minimum period of at least 4 years that means 2016 was the year when whole crypto bubble started to emerge and 2017 was the crucial year for other altcoins and 2020 might be the end of whole Crypto saga or bubble considering the history of past bubbles.

That simply indicates 2018 is a mere beginning, Ripple and other altcoins including Bitcoin still has an extreme potential to grow 100x from their present levels.

5. Ripple’s Co-Founder, CEO, and employees own most numbers of XRP tokens. Banks and financial institutions are using XRP to purchase a majority of Bitcoin and Ethereum in the world. Ripple’s XRP concept is totally against the decentralized theme.

Even if any of the above-mentioned points prove to be true in near future then also Ripple’s XRP will touch the price level of $7 to $10 at least once in 2018 alone. You see, everyone is seeing the potential in Ripple to replace Bitcoin as the number one cryptocurrency due to a huge number of circulating supply of XRP tokens.