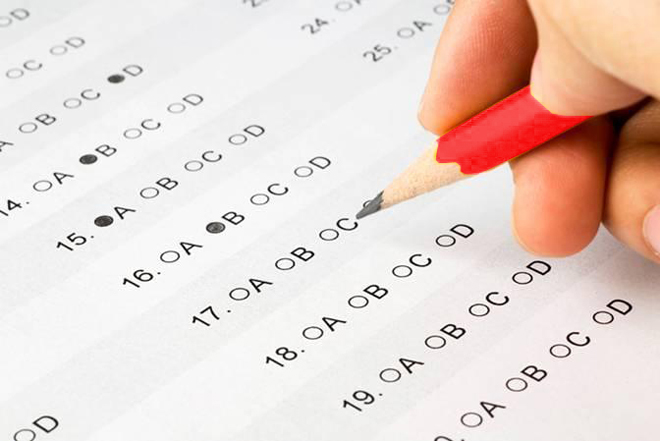 Human beings are at the top of the food chain for several reasons. Nature has hardwired us to compete and win under all circumstances. Sometimes, the competition has been against other species and even against nature. However, most recently, the race is among ourselves. We are never satisfied with our intellect, abilities, and achievements. We are always in search of something more and something better! Being faster and smarter is longer a race for life, but it is a race for better living standards and luxury for the most of us.

Are smart drugs a thing of the 21st century?

History shows that human beings have always been looking for ways to enhance their cognition and intellect. You can find the mention of “brain boosters” in ancient Chinese medicine, Indian Ayurveda, and South American traditional medication. Each type of traditional medicine uses different locally available plant and, sometimes, animal products. A little research will show you that, nature has an abundance of cognitive enhancers in the forms of fruits, seeds, leaves, flowers, and roots. Over thousands of years, people have recognized their power and included them in their daily diet, as dietary supplements, and as medication.

That was the truth up until a couple of decades ago! Then we got the movie “Limitless,” and someone came up with the bright idea of turning it into a TV show as well. No one really wanted to stick to the good-old caffeine and turmeric anymore. People wanted a miracle in the shape of a capsule. These are the Nootropics everyone cannot stop talking about. They are the inspiration for several hit Sci-Fi novels and movies, and they are filling the coffers of several biot-pharma companies, but at the end of the day, how are the different from the natural cognition-boosting compounds? How do nootropics work to improve cognitive abilities? Are these prescription pills? Do they have side-effects you should know before taking them? Do they build dependence or addiction? Can nootropics actually make you smart? Does that mean, now everyone can get jobs at Google and make a million dollars per year?

How to these smart drugs work?

What is the reality of nootropics? These are the smart drugs that improve memory, cognitive abilities, and reasoning powers. Nootropics are something you have been waiting for your entire student life. According to Dr Corneliu E Giurgea, the father of Nootropics, these compounds work to change the way your mind works. He developed piracetam, the brain enhancer, and CNS booster. It is an inexpensive way to push the boundaries of your brain’s ability. Well, the changes won’t be anything close to what you have seen in Lucy or Limitless since we use 100% of our minds already. Piracetam and CNS stimulants like these prevent the buildup of toxins in our nervous system, slow down the process of aging and prohibit neural degeneration in our brains. They preserve the neural networks that connect the most important centers of our mind. Regular consumption of nootropics can improve your brain’s comprehension and cognition.

Nootropics have interesting mechanisms. While some of their methods of working overlap, each one has protective and enhancing effects on organ systems of the body, other than the brain as well. Some of them work to improve the circulatory system, while others smoothen out respiration. Now, you might be wondering what your heart or lungs have to do with your brain activity. Well, when the heart pumps blood adequately, and the lungs facilitate the respiratory process, your brain gets enough fresh oxygenated blood. That clears the “brain fog” and helps us think on our feet. Have you ever noticed that after a long run, your head feels fuzzy? Eating a lot of greasy food often makes you feel “drunk.” These are times when the oxygen-rich blood drains from the brain to other parts of the body. The unavailability of enough oxygen in the brain is like draining the fuel out of a working engine. In short, sometimes, paying attention to other parts of our body enhances our brain function.

What are the implications of Nootropics in the prevention of aging and neural degeneration?

Research shows that the human brain faces multiple challenges from oxidation, toxin buildup, and aging. It is common knowledge that old people often forget details and misplace things due to failing memories. Studies show that the reason behind these changes is the aging process of the brain. Nootropics can slow this aging process down by stimulating the blood flow to the brain and increasing the oxygen availability in the internal regions.

Nootropics keep the healthy energy and oxygen flowing through the system to keep your mind in prime working condition. As a result, many neurologists, neurosurgeons, and neuroscientists consider these smart drugs as a potential cure for neurodegenerative diseases like Alzheimer’s, Parkinson’s and Huntington’s. All over the world, multiple research groups have already started the in vitro research on the protective effects of nootropics on brains with a predisposition to neurodegeneration.

What are the different types of smart drugs you will find in the market?

Brain enhancers currently fall into two categories – natural substances and human-designed compounds. Natural compounds usually come from herbs, shrubs, and trees like Ginko Biloba, phenibut and creatine. The humanmade compounds include the likes of piracetam, Adderall, and Noopept. You may have already heard a lot about Adderall. It is controversial, yet effective drug that psychiatrists have been using for years to treat conditions like ADHD and narcolepsy. It contains amphetamine, the main brain enhancing compound that promotes activity. However, Noopept is an over the counter (OTC) supplement that speeds up memory formation and improves the recovery process after any brain injury or surgery. Visit Simon Manning’s nootropics site to learn more about the latest research on smart drugs that can enhance brain functions. Similar supplements include –

What is the proper way to take Nootropics supplements?

You must have already noticed that we are not calling all nootropics prescription drugs. That is because the last six we have mentioned in the previous sections are supplements. Just like any other supplement, they come in capsule or powder form. Capsules are easy to take, and most of them come with instructions for usage. However, powder forms are a little more complicated than capsule forms. You will need to determine their solubility before you can start enjoying their effects. For example – piracetam is water soluble, and you can consume it just like any other food supplement. Aniracetam is fat-soluble and mixing it with water will not work. You have to follow the instructions on the packaging precisely.

If their solubility affects their effectiveness, you need to consider the effects of their interactions with the food you eat immediately before or afterward. Research shows that eating a heavy meal can deter the effects of water-soluble mart drugs. You should avoid eating for about 30-45 minutes before and after taking the supplement. On the other hand, the fat-soluble ones work better when you eat food immediately before or after. Some people prefer using fish-oil supplements like salmon oil or cod liver oil to get a high dose of omega-3-fatty acids along with the nootropics. Keep the gap between the meal and your supplement to 15 minutes at the maximum.

Should you be worried about overdoses and side effects of smart drugs?

Many of us believe that the nootropics that come from natural sources are safe to consume in bulk amounts. Well, that is not right! When you keep sending a high concentration of a particular compound into your system, you are naturally causing deficits of other necessary nutrients, and you are also assaulting your body with a higher than the standard dose of specific ingredients. There is no way one can guarantee that consumption of one nootropic in bulk is safe because it comes from a natural source. Moreover, there are a few compounds including adrafinil and noopept that you should always handle with care. Always stick to the prescribed dose. If possible, consult your GP before you include these nootropics in your regular diet.

Most brain enhancers are safe, and some of them have mild side effects. Even when you do manage to overdo your supplement dose, the side effect you can experience is comparatively mild. You can get a nagging headache, and even that is pretty rare. Many take ten times the prescribed dose without experiencing any contraindications, but that is something we do not recommend at all. Just like with most compounds, the effects and side effects of nootropics can vary from person to person. It mostly depends on one’s metabolism. Some of the stronger nootropics compounds do elicit strong side effects including –

However, these are relatively rare.

Moreover, the relationship between the increase of acetylcholine production and instances of lucid dreaming has been at the forefront for quite some time. So, it might not be a side effect, but a general sign of enhanced brain activity. At the same time, remember that most studies involving nootropics include short-term studies of their impact on the human brain. There are hardly any studies concerning the interaction of the human mind with smart drugs over extended periods.