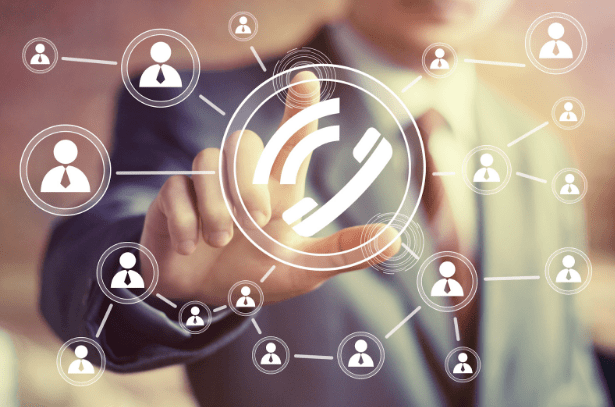 Business leaders spend approximately 80 percent of their working days communicating. It’s a statistic that underlines how vital communication is to the success of a company, with worldwide spending on ICT growing to a staggering $4.3 trillion in 2020.

Modern business communication involves much more than voice calls. Certainly, phones still play a central role in connecting people in business today, but other technologies have emerged that enable professionals to converse even more efficiently and affordably.

Cloud-based communication is rapidly becoming the norm, and the SIP vs. VoIP conversation is now more popular than ever.

But what is voice over internet protocol (VoIP)? How does it differ from session initiation protocol (SIP)? Which of the two phone systems is better?

These are some of the issues we discuss in today’s post. Read on to learn more.

Voice over internet protocol (VoIP) is a way of making calls over the internet, instead of through a mobile network or regular landline. A VoIP telephone system takes analog voice signals and converts them into digital signals before sending them over your broadband line as data.

VoIP telephony has been popular as a reliable method for global voice communications since the 1990s. This internet phone system is projected to overtake conventional public switched telephone networks (PSTNs) by 2025.

Other popular names for VoIP include:

Session initiation protocol (SIP) refers to a signaling protocol for initiating, maintaining, and ending real-time communications over the internet. These communications may be in the form of voice, instant messaging, and video sessions.

How Does VoIP Differ From SIP?

Many company leaders usually compare VoIP and SIP phone systems when deciding which communication platform to adopt. The fact of the matter is that it’s difficult to make a direct comparison between the two. Both VoIP and SIP have their own unique features.

VoIP is an internet-based telephone system. Each VoIP service provider has its own unique software for businesses to consider.

SIP, on the other hand, is a communications protocol. Most VoIP service providers use SIP protocol when deploying their services. Some top VoIP platforms like Google Voice, however, do not use SIP.

VoIP is ideal for supporting voice communications between two single parties. SIP supports a wider range of conversations and can be used by multiple parties.

How Does VoIP Work?

As we pointed out earlier, VoIP telephony uses the internet instead of conventional telephone lines. The phone system transmits voice packets via the internet. Users can place calls from their computers, special VoIP phones, and traditional phones with an adapter.

As a user, you can install VoIP software on your smartphone and connect to other users via wireless hotspots or cell towers.

One of the top benefits of VoIP phones is their affordability. Since your calls are transmitted via the internet, you get to pay much less than traditional calls. In many cases, calls are free, even when making international calls.

VoIP phone systems have become increasingly popular among small and medium businesses. In recent years, large companies and multinationals have also started to transition from legacy to VoIP too. And as the trend towards remote working grows, residential users are favoring this mode of communication as well.

Unlike VoIP that has many competing service providers, SIP is a signaling tool that supports VoIP. It’s the IETF formality for VoIP as well as other multimedia sessions, including online games, videos, and instant messaging.

SIP enables you to make free voice and video calls. One session can connect more than two participants.

SIP works by decoding VoIP data to allow receivers to hear each other’s voices. In addition to decoding VoIP, SIP can initiate, maintain, modify, and terminate real-time messaging and video.

You can initiate a SIP session over a computer or a special SIP phone. SIP phones typically use modems to connect to the internet.

SIP telephony is preferable for businesses that require a multimedia presence, such as companies with remote employees. Besides this telephone system being free globally, SIP users can get many SIP apps and addresses for free.

How Do SIP and VoIP Work Together?

Despite the difference between SIP and VoIP, the two overlap in some ways. SIP telephones, or softphones, connect to VoIP networks. A softphone is associated with your phone number, and you can use it across multiple devices.

A softphone integrates via a cloud-based hub or a computer and frees your telephone number from being committed to just one device. A VoIP adapter allows a phone that is traditionally used with a landline to use a softphone too.

Working together, VoIP and SIP offer an array of benefits for a business. They allow you to consolidate different technologies through unified communications (UC). In other words, making VoIP and SIP part of your UC solution helps you consolidate business administrative tasks associated with voice, video, and instant messaging.

Today, SIP continues to support VoIP telephony worldwide. SIP trunking still holds the largest share of the VoIP market. If the VoIP market doubles by 2025 as projected, SIP will play a massive role in that growth.

SIP vs. VoIP: Which One Should You Choose?

So far, you’ve probably noticed that it’s hardly possible to make a clear comparison between SIP and VoIP telephony. What you need to ask yourself is whether a voice-only VoIP phone service will serve your needs best, or if implementing SIP with your UC tools is a better option. If your needs go beyond just voice calling to exchanging messages, files, videos, and other forms of data via the internet, then SIP adoption may be your best move.

Internet Telephony Can Enhance Your Communication

As you can see, the SIP vs. VoIP comparison isn’t a direct comparison. Each, however, has its features that can prove beneficial to your business. By understanding what is available under each option, you can decide on what will work best for your company.