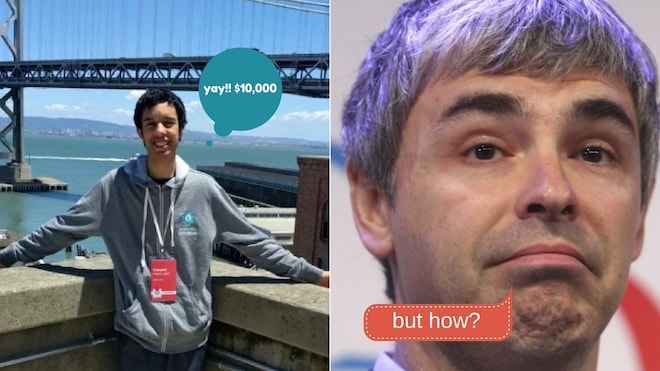 This guy next door is an inspiration for all those budding geeks and coders, Here’s why?

He surprisingly managed to connect to the website (yaqs.googleplex.com) without having his username or account entered. After entering the homepage, he was amused to see the plethora of links to various Google services with footer stating ‘Google Confidential.’

And that’s how he reported the security loop hole to the Google security team on July 11.

Following that, Google responded him back with an email stating ‘Just letting you know your report was triaged and we’re currently looking into it.’ Eventually, on August 4, he received the $10,000 from Google under the Google’s vulnerability reward program.

You can read the whole photoplay from the horse’s mouth as the high schooler has documented in more depth via his blog post.