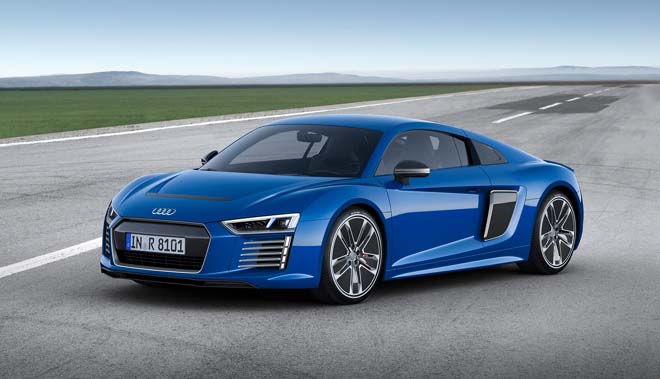 Pop culture, science fiction, literature, movies – these are the collective experiences that we like sharing with others. Occasionally, we incorporate these things into our lives. Put simply; we love to honor the stories, characters, and fictional worlds that we cherish. The good news is this: you don’t have to cosplay at San Diego Comic-Con or become a hard-core Trekkie to show your love for the characters and stories you hold dear. Whether you’re a pop culture junkie or a sci-fi fanatic, these gadgets are sure to delight the so-called “fanboy” inside of all of us.

“I’m Batman!” You may not have your own Batmobile or Bat Cave, but Samsung’s new Batman edition Galaxy S7 can bring you one step closer to living out your caped crusader fantasies. Released to commemorate the third anniversary of “Injustice: Gods Among Us”, the mobile game, the phone features a killer all-black design with prominent Batman logo. Packing the same hardware as the standard S7, it makes for the perfect gaming experience when paired with themed VR goggles. What more could you ask for? Besides your own Batarang?

The good news is that the Nike sneakers Marty McFly wears in “Back to the Future II” are now real. The bad news is that they came out in 2015 and have long since sold out. But – if you can manage to track down a pair on Ebay, you’re in for a treat. Not only do the 2015 Nike Mag shoes look exactly like the shoes from the iconic film, they even come equipped with that most desirable of future technology – power laces! Manage to hunt down a pair (be prepared to pay a handsome fee if you can find them!) and you’ll only be one red vest and one DeLorean short of the world’s best cosplay outfit.

If you’ve ever seen an episode of The Jetsons or read a Dick Tracy comic, then you know the idea of a watch you can make calls from is not a new idea. It’s just taken awhile to bring the idea from concept to reality. Better late than never, though, as smart watches have finally achieved that long-held promise! From the Apple Watch to the Samsung Gear S2 and Moto 360, there are some choices available to discerning buyers. Call, text, get weather reports… oh, and check the time, too!

Admittedly, this gadget may not be something you can pick up at your local Best Buy retailer. But it is pretty novel, and it’s inspired by one of the most popular science fiction titles of all time, Star Trek. The Scanadu Scout aims to be a real-life version of the television show’s famous tricorder. Designed for ease of use and portability, the device takes measurements on heart rate, core body temperature, blood oxygen level, blood pressure, and respiratory rate data, quickly and painlessly. Importantly, there are no needles or injections; the device is held up to the temple for approximately 30 seconds, and utilizes temperature, optical, and infrared sensors to take measurements.

For fans of Tony Stark (AKA Iron Man), there can be no better gadget than Audi’s new R8 E-Tron. Yes, this is the car that Robert Downey, Jr. drives in Iron Man Three. The all-electric version of Audi’s premier sports car, the R8 E-Tron offers 450 horsepower and 280 miles of range, while delivering 0-60 mph sprints in just 3.9 seconds. Yes, Tesla’s Model S can accelerate even faster, but have you seen the Audi R8 E-Tron? It not only drives like the future, it looks like the future too! Which, of course, is why it’s the car of choice of Tony Stark himself. The only problem? You may have to be Tony Stark in order to afford one.