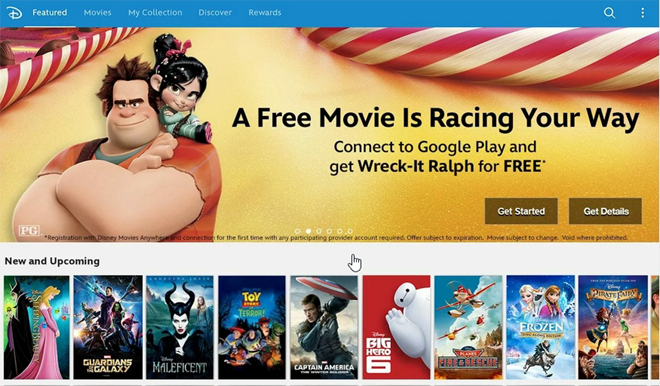 Now people are able to watch their purchased movie titles by using “Disney Movie Anywhere” service on their android devices. Recently, Walt Disney and Google has announced a new partnership, according to which you can download “DMA” app from Play Store.

And this same kind of partnership had been done by Disney with Apple back in February which allowed you to purchase disney movies from iOS and iTunes. Now company is partnered with both Apple and Google which allows you to view purchased titles of DMA using play store on your iOS devices as well and same thing on your android device with movies purchased on iOS.

“We set out to create an exceptional Disney experience that made owning digital movies easy and fun, and with Google Play now on board following our successful launch in February, we are able to deliver unprecedented availability and ease for consumers across a broad range of mobile devices,” said Janice Marinelli, Head of domestic distribution for Walt Disney Company, in a press release.

Let us know your opinion on “Why iPads are facing unfair comparisons” and subscribe to our newsletter to get insightful stories daily in your inbox.