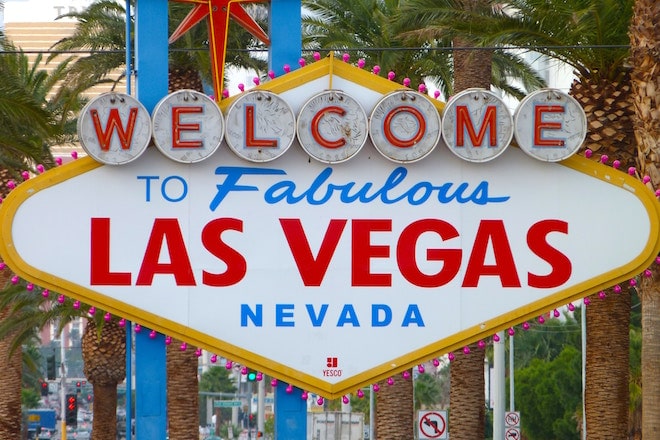 Ever since Las Vegas’ creation, Sin City has attracted celebrities of all sorts. Movie stars, world-renowned artists, famous musicians, and professional athletes, they all come to Las Vegas for some of that infamous LV-style party fun.

Well, how could they not? You can do almost everything in Las Vegas if you have money. The endless luxury clothing shops, jewelry stores, premium restaurants are available for you. Moreover, you can get into amazing activities, including racing ATVs, flying helicopters, shooting military-grade weapons, or riding the fastest cars in the world.

Everything is available to celebrities in this land of indulgence. Still, most of the stars that come to Las Vegas do it only for one thing in particular, namely, gambling. They earned millions, and now they want to feel the adrenaline rush from wagering immense sums of money.

Ever since the legalization of gambling in the state of Nevada, Sin City has become their place of pilgrimage. For us, the common folk, Las Vegas is an opportunity to partially partake in such an extravagant lifestyle right beside world-level superstars.

You have the highest chance of seeing actual celebrities at the casino ground floors. Here are some personalities you are likely to meet if you frequently visit casinos on the Las Vegas Strip.

He had a couple of roles in movies that are centered around gambling and Las Vegas, but his appreciation for Las Vegas did not come from the screen. George Clooney’s role in the blockbuster movie ‘Ocean’s 11’ was a perfect fit for him.

This actor is a gambling devotee. However, it does not mean that he is a lucky gambler. One time, he lost twenty-five hands in blackjack in a row and had no money to pay up. His actor friend, Matt Damon, had to step in and help the friend out in this situation.

George Clooney’s love for gambling does not stop at just playing. He went quite a lot further and established his own casino. George Clooney and a nightclub developer Rande Gerber decided to invest in a project to make a casino exclusively for people with too many zeroes on their bank accounts.

Here is someone who is not just lucky (as opposed to George Clooney), but you could even say skilled at card games. It appears that Ben Affleck is really great at remembering odds and counting cards to the extent that he was banned from a couple of casinos as a result of him continually winning.

What’s card counting? It is a legal technique for primary blackjack that allows a player to determine whether the next hand will have a high chance of winning or not. According to the New York Times, although the practice is legal, and it is not cheating in any way, most casinos strongly prefer its guests not to do it and have a policy against it.

Ben Affleck admitted to being banned from the Hard Rock Casino for a lifetime exactly for counting cards. This actor has a remarkable history of single session winnings. One time, he won $140,000 in one sitting and gave the money away to the casino staff.

He plays mainly for sporting fun, which is why he detests how casinos do not let people excel in the game. It is also the reason why Ben Affleck once employed the best poker players to teach him poker strategy and entered a professional poker championship. He won the championship and received $356,400.

A golf superstar that loves gambling, Tiger Woods, follows up this list. Mr. Woods’ most beloved type of gambling is poker. He just loves to gather his other sport legend friends, like Michael Jordan and Charles Barklay, and go up against them in a poker match.

Tiger Woods plays only high-stakes games, and a single hand of $20,000 is not a problem for him. Unlike Ben Affleck, however, Mr. Woods is not as good at card games. He usually loses, and over seven years, he lost over €50,000,000.

For this reason, whenever Tiger Woods is in Las Vegas, he gets only the best suites in the best hotels of the city. According to Vegas for All, you can book an apartment at the best hotels in Vegas where Tiger Woods has probably stayed during his gambling sprees.

Charlie Sheen is an infamous name around Las Vegas. He is known for his crazy parties and gambling surges. Over the last decade, Charlie Sheen has been partying non-stop all over the country. He is a party icon because no other person can handle his level of intensity, as Charlie Sheen said himself.

His long-lasting romance with gambling and partying started right around Mr. Sheen’s first big-ish role in Two and a Half Men. As told by his ex-wife, Charlie Sheen was putting over $200,000 each week into gambling.

This persisting attitude made his name legendary in the casino ground walls on the Las Vegas Strip. According to ScreenRant, although Charlie Sheen has stopped heavy gambling, if he decides to return to it, the casino staff will surely treat him like a king.

Some people get banned from casinos, and some people become honored guests. Yes, Chandler Bing from one of the most successful TV series ever, Friends, is a poker aficionado. And Mathew Perry is quite a great player at that.

Although the media portrays Mathew Perry as a gambling addict who loses all of the time, it is not true. According to Alex Kapinski, owner at NjGamblingFun, it is the bias of the press. “Mathew Perry is a great player and a consistent winner. So much so, that he became an honored guest at Bellagio.”

Whenever Mathew Perry is in Las Vegas, he has no problem showing at the casino at 6 AM, because he is an early bird and has nothing else to do before the day starts. He gets a couple of games in, rakes in some money, and goes about his daily business.

Many other celebrities go to Las Vegas to gamble, including Toby Maguire, Ray Romano, Matt Damon, and many others. It seems the Sin City’s main attraction ropes in all of the American stars one way or another.