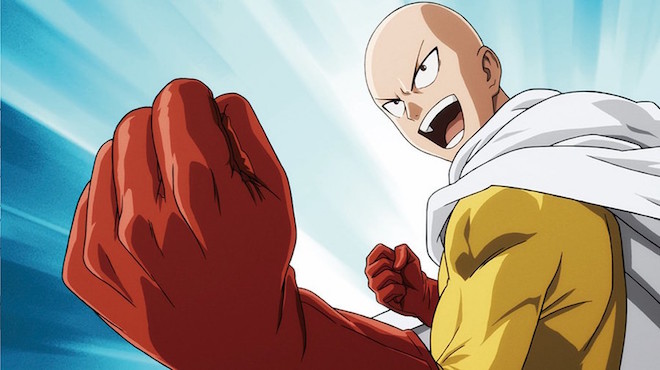 Borderlands is a quite unique series of Looter Shooter videogames, where one of its most representative features is its enormous amount of available weapons, and in its new release, Borderlands 3, its developer company (Gearbox) has strived to maintain and enhance all the particularities of the saga in this game, that is reflected in a large amount of weapons it has (basically millions of weapons).

There are many types of weapons in Borderlands 3, and many of them are peculiar and interesting, especially those that refer to a game, television series, product, among others. This time we will focus on the legendary Borderlands weapons, based on animated TV series.

That said here is a brief guide to help them achieve the legendary weapons of Borderlands 3, based on the animated series: Rick and Morty, and One Punch Man.

The Legendary Weapon Based on One Punch Man

One Punch Man is a manga/anime series that has its own Easter egg in Borderlands 3, and is a legendary weapon called One Pump Chump. To get this powerful and curious weapon, you will have to defeat a secret boss of this game that stands out for being extremely difficult to find and eliminate. The aforementioned boss is called One Punch, which is based on Saitama (the protagonist of the anime One Punch Man) because this enemy has the possibility of eliminating us with a single blow, just like Saitama in his series.

In order to locate this enemy, it will be necessary to go back to the subsoil of the city of Lectra. Once here, you will have to find a room where you will find a series of interactive objects. In this room, you will have to interact with the objects in a specific order, which order is: Button, wheel, lever, and switch. When this succession has been carried out correctly, the One Punch boss will appear. If this complicated enemy is eliminated, we will be able to obtain the legendary weapon: One Pump Chump.

The Legendary Weapon based on Rick and Morty

Rick and Morty is a popular animated series that has managed to obtain its own legendary weapon in Borderlands 3, which is called Hyperian Savvy Phebert and is obtained in the city of Lectra. In that city, you will have to go to its subsoil, and then go to the northeast of this map, near the prison Porta. In this area, you should look for two enemies called Wick and Warty, based on Rick and Morty.

These enemies are quite elusive, so they may not appear at the first attempt, and if that happens, we will have to repeat the process mentioned above. If these enemies are found, they will try to flee quickly, for this reason, it is important to eliminate them as quickly as possible as soon as they are seen. When Wick and Warty are defeated, the legendary weapon will be obtained: Hyperian Savvy Phebert.

Borderlands 3 possess a large number of legendary weapons, which are very difficult to obtain, and the weapons mentioned in this guide are no exception. For that reason, to obtain these weapons is necessary a good preparation, based on a good strategy and a correct selection of weapons, besides this, it is also important to have large amounts of money to increase a little the chances of getting a good weapon, and the easiest method to achieve this is through specialized websites where players can buy Borderlands 3 money for real money.

Having said that, Borderlands 3 is an excellent, very addictive shooting videogame that is worth enjoying and it is hoped that this guide will succeed in helping them obtain those very curious weapons.