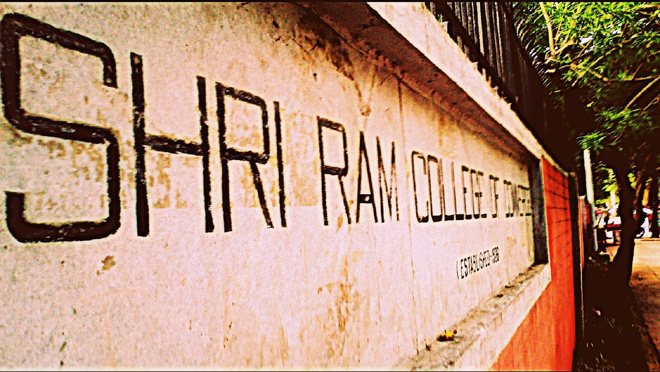 As we all know that college education is most important thing that one should always go for, but when it comes to studies in college at undergraduate level then majority of the students go for commerce related courses such as Bachelor of Commerce or Bachelor of Economics as these courses are much reputed, popular and creates the job opportunity for students in various departments as compared to other courses related to Bachelor of Arts.

So here we are going to put best Indian commerce colleges in terms of education, faculty, infrastructure and locality so that you can choose your dream college wisely. Undoubtedly, It’s SRCC which has been ranked number ‘one’ consistently under ‘top commerce colleges list’ for last five years as per India Today and Nielsen Survey. Apart from that, SRCC is one the constituent colleges of University of Delhi and was founded by educationalist and industrialist, late Lala Shri Ram in 1926. Initially, the college was located in Daryaganj and later shifted to its present location in the North Campus of Delhi University. The college is well known for its excellence in teaching, infrastructure, amenities and also for its soaring cutoffs but beyond all these facts, the centre of attraction of SRCC is that some prominent companies across the globe regularly visit the Institute for placement and recruitment procedure with attractive salary packages and some of them include Google, Citi Bank, Deloitte, Godrej, Reckitt Benckiser, McKinsey & Co. When it comes to top notch colleges in India, then Loyola College always scores high on academic input, infrastructure, placement, teaching, reputation and student care. In addition to this, the college is ranked ‘three’ this year under ‘top commerce colleges list’ as per India Today, and Nielsen survey and consistently falls under top 5 best commerce colleges of India since 2006. The college is an autonomous Jesuit Institute, established in 1925, based in Chennai, industrial and knowledge hub of the country, under the varsity of Madras University. Apart from all these fact, Loyola College is the only college in India which is granted “College of Excellence title from UGC (University Grant Commission). The Institute has an eminent alumni network which include P.Chidambaram (former Finance Minister of India), Dr. Ramaswamy Venkataraman (Former President of India), Narayanan Vaghul (Former Chairman of ICICI Bank), Viswanathan Anand (Grand Master and Chess Champion). Here comes Christ University, a private college which granted the status of ‘Deemed to be University’ status in 2008, is one of the finest commerce college in terms of teaching, faculty, infrastructure and location. And being a Delhiite, I personally believe that Delhi is the best city of India to live in because of its diversified culture, facilities and transport connectivity but if I would have to pick a city other than Delhi then I would go for Bangalore as it is the 2nd best city to live in India as per my perspective due to its culture, silicon valley touch, IT hub and that’s where Christ University is based. The Christ University is ranked fourth under the list of ‘Top Commerce Colleges’ and ranked one as “Top BBA Colleges in India” according to India Today and Nielsen Survey 2015. The college was established in 1969 and is managed by the priests of Carmelites of Mary Immaculate (CMI), the first indigenous Syrian Catholic religious congregation in India. As the name suggests, the Symbiosis Society’s College of Arts and Commerce is the finest college for studies related to Arts and Commerce in India. The College has been ranked number 8 under the “Top Commerce Colleges List of India” as per India Today and Nielsen Survey 2015 and the college scores high on multiple parameters such as reputation, academic input, student care, infrastructure, faculty and placement. The college was established in 1972 and is based in Pune City, one of the finest metropolitan cities of India. But the exalted thing about this college is that the Institute is a multilingual, multinational, multicultural and multi-disciplinary educational complex of international repute and attracts a large number of students from foreign Countries. You can also check out more commerce colleges in Pune here. Hindu College is one of the constituents and prestigious institutes of University of Delhi, and apart from that, the college offers undergraduate and postgraduate level courses in Science, Humanities, and Commerce. The college has been ranked fifth under the ‘Top Commerce Colleges’ list as per India Today and Nielsen Survey. The college was founded in 1899, by Late Shri Krishan Dassji Gurwale, to provide nationalist education to the youth. In its initial period, The Hindu College was affiliated to Panjab University and operated at Kashmere Gate of Delhi till 1953, following which, it moved to present location of North Campus in Delhi University. Again, the college is well known for its campus, hostel facilities and for its high cut-offs as well. The college has produced some great personalities of India that include Manoj Kumar (Indian Film Actor), Arnab Goswami (Editor-in-Chief, Times Now), Arjun Rampal (Indian Film Actor), Imtiaz Ali (Indian Film Director), Anil Shorey (Writer), Gautam Gambhir (Indian Cricketer) etc.