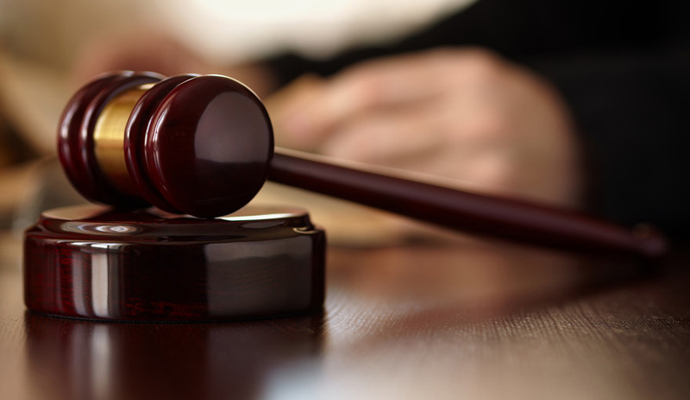 It’s the stuff of TV shows and movies: You wake up to a knock on the door and glance out the peephole to find a man in a police officer’s uniform. With a feeling of dread, you open the door and expect to hear that a family member is dead. Instead, you hear that a family member is alive but in jail for driving drunk. Or maybe no one knocks on the door, and instead you get a phone call at 2 a.m. from a relative who asks if you can bail them out of jail after an arrest for getting into a bar fight. If that moment comes, you’ll need to make a quick decision, which means it helps to think about these things a little bit in advance, such as saving up for a bail bond and having a criminal defense attorney in mind.

You may believe that your family member has made an unwise decision but still not like the idea of them sitting in jail for weeks on end. However, they’d have plenty of company if they had to remain behind bars before trial. Legal observers believe America is in the midst of a cash bail crisis, one where poorer prisoners are stuck behind bars awaiting trial because they don’t have a few thousand or even hundred dollars to give to a bail bondsman. After an arrest, the person must be arraigned. At that arraignment, a judge will list the charges, and set bond for all but the most serious, violent offenses. It’s easier to get bond for something like drunk driving than it is for something like capital murder. If a defendant needs to put up $10,000 but doesn’t have that much money, they’ll often seek out a bond agent. Before the bond agent agrees to post the full amount, they ask for 10 percent. So that means paying $1,000, an amount that’s non-refundable. If the defendant runs away and does not appear in court like they should, the judge can charge the full $10,000.

Because of the consequences of not appearing, it’s critical that you don’t bail out a family member unless you trust that they’ll show up in court and not try to run away to another state or country. If they tell you that they don’t have the money to get themselves out, say, “I’m sorry to hear that, but I can’t help you.”

You should also only help them a relative hire a defense attorney, if you believe they will listen to said attorney’s advice. Attorneys aren’t cheap, although it’s more than worth paying a qualified attorney if they can make sure your loved one doesn’t end up with a permanent record after a night of partying. Think about how probable it is that your relative will learn from this experience. Do they seem remorseful, or do they only seem sorry about getting caught? If it’s the latter, continue with extreme caution, or else you risk enabling a repeat offender.

It’s a fine line to walk, and only you can decide how far you’re willing to go. Depending on how invested you want to get, you can show up in court to provide them with moral support. Do some research so you know what to expect, since an active courtroom consists of more than just a judge, some lawyers, and a defendant. There will be court reporters in West Palm Beach and in Fresno; there are court reporters in every courtroom. The same is true of bailiffs. Remember not to get emotional in court, either, since judges can and will throw out family members who they feel are acting disruptive.