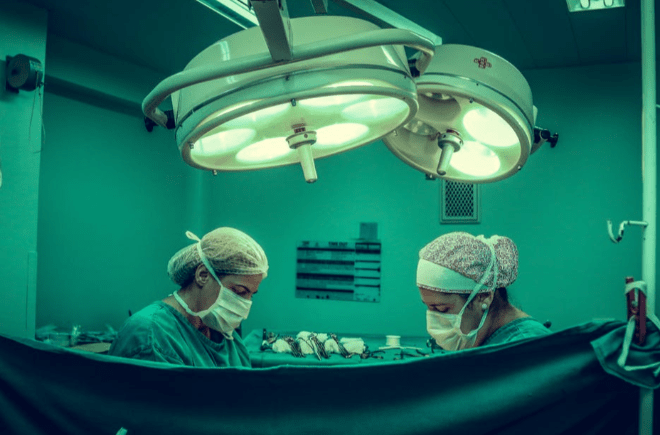 Imagine a world in which we share our space with robots.

Television has shown us peaks in future realities with robotic maids who tidy up behind your family or robots that take your dog on a walk. While it would be great to have a robot to tidy up the house while you’re at work, you might just have to break out the broom yourself for now.

What is exciting is the fact that robots are now becoming more involved in the medical field. It may sound terrifying that a robot is performing minor surgeries on people, but it’s actually turned out to be super beneficial.

We know it sounds a bit odd to live in a world with surgical robots, but there are some interesting things to know about them. Keep reading to discover 7 interesting facts you don’t want to miss.

1. They Can Kill Tons of Germs

Have you ever heard of a healthcare-associated infection? They are infections caused by medical care, and they can come from places such as hospitals and nursing homes. Think about how many people are in and out of a hospital and all the germs they leave behind.

While humans do the best they can to disinfect in a hospital setting, robots might do it just a little bit better. A robot called the Xenex Robot is known for its ability to kill off germs and increase hygiene.

This way, you can feel safer and cleaner in a hospital setting that utilizes robotic surgery.

2. There Are Actual Surgeons Behind the Scenes

Don’t worry, it isn’t like a ride at Disney World. The surgeon isn’t going to push a magic button, make a few announcements, and walk away.

When it comes to da Vinci robotic surgeries, a surgeon is controlling the entire operation. On top of their many years of schooling, they have special training on how to operate the robots.

This way, if any concerns come up, a human medical professional is there to help. You’ll feel at ease knowing you’re being carefully observed and cared for.

There’s no need for large incisions when performing minor surgeries. Since robot arms have such a high level of precision, larger incisions aren’t necessary.

If the robot is using tungsten wire to complete the surgery, you know the technology is far more superior than typical surgery options. You’ll also notice far less scarring because of the less invasive procedure.

Infections may be minor, but in some cases, the infection can spread and cause severe medical issues. Whether or not you undergo robotic surgery, it’s always important to follow all surgery aftercare advice from your doctor.

Use any ointments or medications prescribed for a fully successful recovery.

Just when you thought it couldn’t get better, it can. Not only will you have a lower chance of infection and minimal scarring, but you’ll also experience a quick recovery rate.

You won’t have to worry about annoying stitches, chunky bandages, or weeks of bed rest. Things heal up quickly after robotic surgery, and you’ll find yourself back in the normal swing of things in no time.

No matter what, always wait for your doctor to give you the green light to return to work or school.

6. They Do More Than Just Surgery

Not only are robots used for surgery in a hospital, but they also perform an array of other tasks.

Some robots have been used as receptionists. They’ll greet you and get you all signed in to see the doctor.

Other robots are able to lift patients, alleviating some of the physical strain for nurses. You might even notice robots in some hospitals administering the medicine or comforting anxious patients.

With the help of robots, human nurses and doctors are able to attend to more pressing matters and are less stressed. Less stress in a hospital always proves to create a more healing, positive environment.

The robotic surgery industry has been taking off lately in the medical field. It’s worth billions of dollars.

Because robotic surgery presents so little risk and trouble, the idea of it is appealing for many hospitals. Patients are willing to pay more for more precise surgery.

Surgeons are skilled on their own, but when paired with a da Vinci robotic surgery system, the outcome is incredible. It’s no secret as to why it’s becoming so popular.

What’s the Future of Robots?

We can’t deny that there’s a growing future with robots. Many scientists are developing robots that not only help out in hospitals but robots that are nearly human-like.

Robots are replacing humans in manufacturing plants and even some people in service industries. While it’s still rare, there are restaurants that utilize robot servers. Some hotels use robots to deliver room service.

The future will continue to take all of us by surprise, and it may even frighten some of us. Don’t be afraid of robots who perform surgery because they are only here to help under the control of surgeons.

From Sci-Fi Movies to Surgeries: The Magic of Robots

While it seems like something only possible in a futuristic film, surgical robots are real and among us. They are being used to perform minor surgeries in hospitals across the world.

They bring many benefits such as less scarring and a lower infection rate. Because of this, patients recover quicker. The robotic surgery industry is taking off and is worth billions of dollars.

Are you looking for more interesting reads? Make sure to check out the remainder of our site. We offer tons of articles covering topics such as how to get better sleep and quick ways to improve customer service in your business.