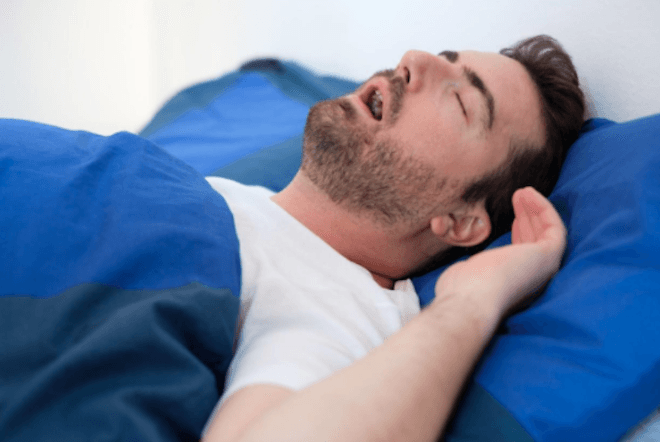 Insomnia, waking up with a gasping sensation, restless sleep, loud snoring, irritability, and hypersomnia to mention a few are among the endless list of symptoms related to sleep apnea.

It is a disorder that is related to peculiar pauses in breathing during sleep. There are many types of sleep apnea, the most common being obstructive sleep apnea which occurs when throat muscles occasionally relax, blocking the air passage during sleep.

Despite the fact that anyone can get sleep apnea, factors such as hypertension, excess weight, gender, and asthma heighten the risk. The complications include sleepiness and daytime fatigue. These could cause someone having the disorder severe problems in the workplace.

Some of the symptoms associated with sleep apnea have an effect on quality of performance at the workplace whose long-term effects could as well as ruin a career. The five symptoms related to sleep apnea that may lead to career destruction are clouded intellect, depression, poor concentration, irritability, and absenteeism.

Neuroscientists say that the repeated decline in oxygen due to sleep apnea denatures brain cells that correlate with memory. Memory loss has unpleasant effects on one’s career.

Missed deadlines; this will automatically cause friction with either clients or the employers. Forgetting assignments and needing more time to complete task also results from this. Memory loss will also weigh down problem-solving skills and planning.

Comprehending visual images and presentations also becomes a challenge. All these tallied up cause poor performance, something that employers and clients won’t take lightly. The outcome could be an end to one’s career.

Evidence poses that individuals with sleep disorders are more likely to develop depressions as opposed to those who sleep well. Depression can cause difficulties in the workplace in events where changes are frequent.

Change at the workplace is constant, it is essential that one should be able to embrace it. It can also affect work relationship where resulting in more conflicts at the workplace which pose a threat to one’s job and also obstruct teamwork. Depressed emotions make it difficult for one to love their job; one needs to enjoy their work to be able to perform best.

Finally, depression causes thinking which serves as a derailment resulting in reduced concentration and inaccuracy in delivering work.

Neurotransmitters in the brain are responsible for the regulation of physical functions, thinking, and emotion. People with sleep apnea exhibit changes in the levels of the neurotransmitters which in turn affects concentration among other features.

Poor concentration causes poor performance as one tends to make errors which may cause significant losses. A poor focus will change the duration one takes to complete a task, which may, in turn, cause friction with employers and customers.

The negative after effect of sleep inadequacy is a change in mental state. If one has sleep apnea, they tend to blow common and daily challenges out of proportion. Such affect performance at work. It affects teamwork which is a vital tool for career development and productivity at the workplace.

Irritable people will tend to avoid others as they get irritated when they feel like someone is in their space. It may also increase workplace conflicts. Such conflicts may escalate to more pressing issues which may as well as cause layoffs. Irritable people are intolerant of others so working with these people becomes a problem.

Irritability also makes one poor listener; this obviously affects performance as different points of views are not welcome. With such an attitude, one makes avoidable mistakes which may, in turn, have aggravated effects on one’s career or job.

Absenteeism is whereby an employee makes it a habit not to report to work, with no legitimate reason.

Sleep apnea is accompanied by symptoms that may affect one’s ability to go to work. The symptoms include morning headaches, difficulties waking up in the morning, stress and fatigue. A combination of these symptoms is significant motivation to truancy.

Depending on the severity of the disease, there are several treatments of Sleep apnea that one can go for. Various aids such as breathing devices and dental devices are available to help treat sleep apnea. Three main treatments available are:

Sleep apnea is a severe sleep disorder that not only has adverse effects on one’s health and social life but can also ruin a career, needs to be curbed.

If not taken care of, the weight of its symptoms can break you down; therefore it is imperative to say that a stitch in time saves nine. Making lifestyle adjustments could prevent and mitigate mild apnea. Medical evaluation is also essential if one is suspicious of having the disorder. Remember!, Great health equals excellent career and that is what you need.