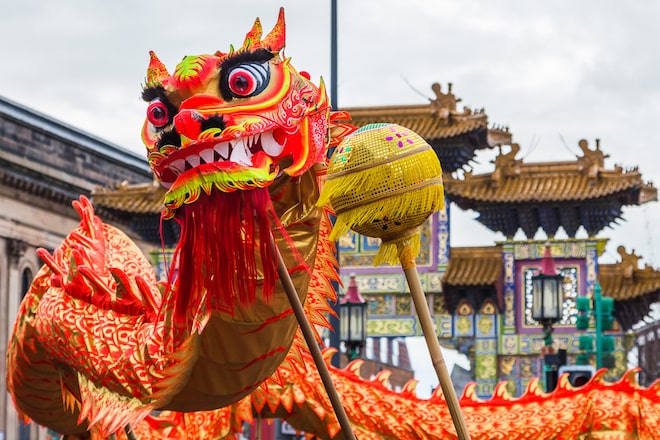 China has the largest population in the world, which is 1.42 billion as per a 2018 survey. This vast country has a rich history dating back to more than 5000 years. Over the years, China has experienced different cultures that have influenced the Chinese way of life.

Chinese culture is intriguing. It is unique when compared to most western cultures. From the foods to the beliefs, the Chinese way of life is unique and interesting.

The cultural experience in China will fascinate you. Here are 10 of the most exciting Chinese culture facts that you’ll find interesting.

Chinese culture is incomplete without Confucianism. For the last 2500 years, Confucianism has been dominating the religious, political, and ethical beliefs of Chinese. Each aspect of the culture has an element emanating from the teachings of Confucius, the philosopher.

Confucius taught the ancient Chinese doctrines relating to humanity. Values such as honesty, respect, modesty, mutual favor and leniency still characterize how Chinese relate to each other. For you to grasp the Chinese culture, you need to know more about Confucianism.

It’s no brainer that families are central in all cultures. However, Chinese culture has emphasized the importance of family relationships in a magnified way. Arguably, a family is the most vital element of this culture.

Chinese people value marriages and children. Often, grandparents will live with their grown children even after marriage. Taking care of your parents in China is a role that children embrace as they grow.

Family gatherings are a big deal. The eve of Chinese New Year is particularly symbolic for Chinese families. All members of a family reunite for dinner.

3. Multiple Dialects in the Chinese Language

Unlike many cultures where the language is monolithic, the Chinese enjoy multiple dialects with distinct variations. Some of these dialects have stack differences. It isn’t surprising for some Chinese to experience language barriers between themselves.

However, Mandarin is the standard Chinese language. Other subgroups have several dialects such as Xiang, Min, Yue, Wu, and Gan. The Chinese language is increasingly gaining precedence across the globe.

If you learn some of the typical Chinese phrases, you’d have an easier time interacting with people in China. While the language appears complex, especially in its written form, it is easy to learn. You can start from greetings, which are a fundamental part of the Chinese culture.

Whether horoscopes are true or false is a story for another day. In China, Sheng Xiao is a highly-regarded Chinese Zodiac. The Zodiac is based on the Chinese lunar year.

The Chinese associate each year within the cycle to 12 different animals such as sheep, snake, horse, and the dragon, among others. The animal represents unique features, and the Chinese believe the zodiac animal influences their personalities. This practice is one of the impressive Chinese cultural facts that you need to try; you never know what your Zodiac animal will communicate!

Unbelievably, China consumes about 40% of the whole world’s tea. Consequently, the tea market is one of the most profitable as it is valued at $10 billion. As it stands, tea is China’s national beverage.

Drinking tea is a culture that dates years back to Chinese ancestors. The modern Chinese culture has embraced this practice due to its demonstration of social status and morality. You’ll hardly miss a pot of hot tea when you visit a Chinese household.

If you’re a food enthusiast, you will love being around Chinese people. Being asked whether you’ve eaten in China is akin to greeting. Chinese food is one of the fascinating cultural aspects that interest most people.

Chinese cuisine is a big deal. There are several culinary traditions popular across all Chinese communities. These cuisine styles are from different regions of China.

The use of chopsticks and sharing a dish differentiate Chinese from western culture. The Chinese use mealtime to socialize and discuss crucial topics such as business.

In modern China, the dragon is a common feature in architecture. It is also central to most Chinese festivals. In some parts of China, worshipping Dragon Kings has remained part of the culture even in modern times

Chinese are popular for martial arts, commonly referred to as Wushu or Chinese Kung Fu. Most people have some insight into these fights due to the popular Kung Fu movies by famous stars such as Jackie Chan, Bruce Lee, and Jet Li. In ancient times, Kung Fu was for hunting and self-defense, but it has since evolved to be a martial art for training soldiers.

Interestingly, many westerners assume that all Chinese people have Kung Fu skills. This notion is far from the truth. Most people embracing Kung Fu in China do so for fitness or sports purposes.

Chinese festivals are an essential part of the country’s culture. Most of these traditional festivals have a close relationship. They further have links with superstitions and religious devotions.

Chinese New Year is probably one of the most celebrated festivals. The activities mostly focus on family reunions, setting fireworks and firecrackers, paper cuts, and pasting scrolls. Other traditional festivals include the Dragon Boat Festival, Lantern Festival, Double Seventh Festival, and Laba among others.

Calligraphy has an unmatched stature in Chinese culture. From traditional times, the Chinese considered calligraphy as visual art, not just decorations. Calligraphy serves as a medium of self-expression and revelation.

Today, the Chinese learn calligraphy in school. What’s more, calligraphy has gained dominance in most national celebrations. If you’re visiting China, a calligraphed piece is one of the best souvenirs to carry.