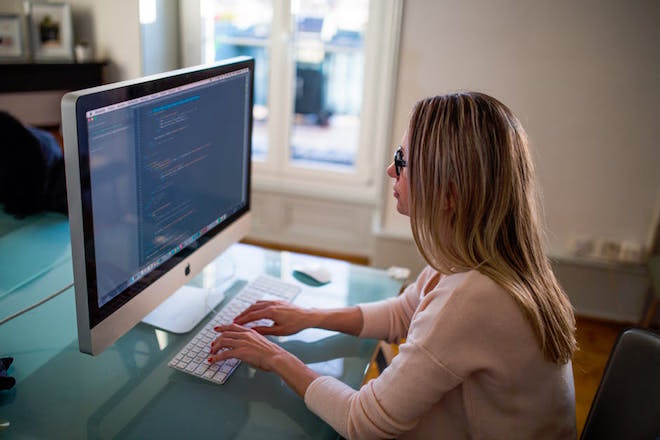 No matter where you are in your programming career, you always want to stay ahead of the curve. That’s how you’ll have job security and lucrative career.

You need to know what the most in-demand programming languages are. Knowing what they are and learning them can put you in a great position for career growth for years to come.

Programmers usually start with salaries that top $100,000 a year. If you know some of the languages here, you can negotiate an even higher salary.

Read on to find out what the top programming languages are to build a great career.

JavaScript is used primarily for front-end web development. It’s how websites look so pretty. The thing about JavaScript is that developers love to hate this programming language.

It’s great from a design perspective to create a good user experience. From a developer perspective, it’s a nightmare to work with. When something is wrong with the code, it’s a very painful process to debug.

Do you see yourself developing websites in WordPress? You may decide to launch a freelance business as a website developer. If that’s your path, then you need to know PHP.

It’s a good starter programming language because it’s relatively simple to learn. WordPress powers more than 30% of all websites. Learning PHP could put you in a great position to capitalize on that popularity.

Java is like the pocketknife of programming languages. It’s extremely versatile and can be used in just about any environment.

C-sharp is a programming language with a long history. It’s based on the .NET framework by Microsoft. A lot of companies use this framework and rely on it for day-to-day operations.

You’ll want to learn things like teaching C# read Excel file. That is a skill that is useful since many companies use Excel for reporting and data.

Do you want a programming language that’s fun to use and useful in finding a job? Try Ruby on Rails.

This is a programming language that’s used for web development, especially backend web development. Developers love working with Ruby because it’s one of the few languages that’s intuitive.

They find it fun and easy to work with, unlike JavaScript.

Some developers don’t see much of a future for SQL. It’s an antiquated programming language, but there hasn’t been anything used to replace it.

SQL stands for Structured Query Language. It’s used to manage information in databases. If you were to set up a WordPress site, you’d find that a SQL database would need to be created.

Your site’s files are held in SQL, which makes it an important language to learn if you plan to work in WordPress.

Like C#, C++ has a very long history. It’s used primarily in game development and in working with very complex problems.

If there’s one thing that companies struggle with today, it’s keeping up with a large amount of data that’s produced by every program.

While this data is invaluable in helping companies make decisions, it’s a nightmare to manage. Python is the programming language that’s used by data scientists.

It can be used to analyze and sort data to help people interpret data. Python is also one of the easier programming languages to learn.

Do you see yourself in app development? You’ll need to learn to use Swift, which powers iOS apps. There are countless iOS devices in use today. Swift will give you the opportunity to get your app seen by millions.

This is a newer programming language created by Mozilla, the same folks who run the Firefox browser. Developers love working with this language because it is focused on security and speed.

It’s similar to C and C++, which are languages for systems programming. What’s great about learning Rust now is that you’ll be well-positioned for the future.

Large companies like Coursera are already adopting it with many more to follow suit. You can put yourself in pole position to advance your career by learning this.

Which Programming Language Should You Learn?

As you can see, there are many options to learn a programming language. Which ones should you learn? It depends on a couple of factors.

The first is where would you like to apply your programming skills. Do you dream of developing amazing video games? Check out C# and C++.

If you see yourself developing mobile apps, then Switch and Java would be good options. To build a long and in-demand career, you should learn all you can about data science. Python would be your programming language.

The most in-demand programming languages listed here won’t go away anytime soon. Too many companies have invested a lot of money to use them.

The good thing about learning a programming language is that you can’t learn the wrong language. In fact, it will make learning other languages easier. You can apply what you learned to your new language.

The Most In Demand Programming Languages

You can apply the law of supply and demand to your career, whether you’re a freelancer or an employee. If you know the programming languages that are being used now and, in the future, you will have a long and thriving career as a programmer.

The most in-demand programming languages cover everything from app-building to game development. You can follow your passion and do what you love.

Do you want more great tips? Check out this site often for more tech news.