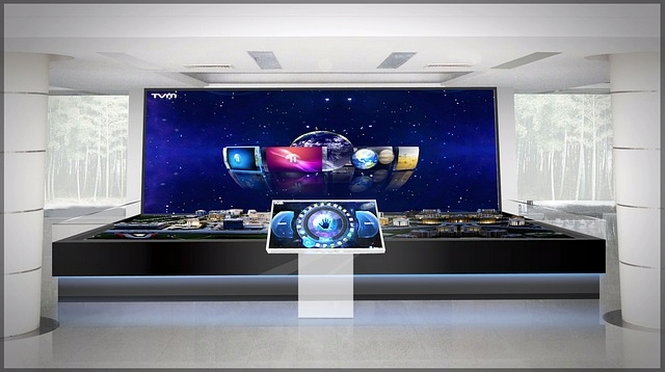 It seems like every few years, the makers of televisions come up with something brand new they are sure you’ll rush to the store and fork over your hard-earned cash for.  Today that something brand new is HDR television, which stands for high dynamic range.  To the layman, this means it will allow for the display of images that are brighter, with more luminosity than a conventional TV.  In essence, it means that darker parts of a picture will look darker while lighter parts of an image will look brighter and clearer.

So?  Why Get Excited?

If you are wondering just why you shell out your cash for a new HDR TV, one of the main selling points is better picture detail.  Details that are hidden in the shadows with your conventional 1080 pixel television will be crystal-clear.  Colors will look brighter, and richer, and there are more of them.

The picture you see with an HRD TV is much more like what you see in real life. HDR wild do a lot more than what 4K has done, and this statement in itself is a big claim that HDR can fulfill.

Shouldn’t I be More Excited About 4K TV?

Since 4K TV adds four times a number of pixels, yes, it is a development TV lovers should be excited about.  But HDR TV is not all about adding pixels, it is about making each and every pixel that is already out there better.  To get the most out of a 4K TV, you will need a really large screen set.  HDR TV can be enjoyed to its fullest on any size screen.

Since these are differing concepts, it is not out of the question that one day they will be used together for a better viewing experience.

Is There Anything About HDR TV Not To Like?

There are few drawbacks to HDR.  For one, HDR video takes up more bandwidth than conventional video, so there could very well be more cost to the user.  When used for photos, HDR can be used in a tactless manner, but since it is mostly in the hands of professionals, it is hoped that will not be the case for films and pictures using the technology.

How Can I Watch HDR Films And TV Shows?

You will need a TV or a projector that is HDR-compatible.  Next, you’ll need a film or video source that has been mastered in HDR.  Your best bet, with HDR broadcasts likely being years away, is Blu-Ray, and the internet.  You can take a look at SatellitePackages.net exclusive deals to keep an eye out for future HDR broadcasts.

What Makers Are Likely To Offer HDR TVs?

To date, it is known that manufacturers including Sony, LG, Samsung, and Panasonic have debuted HDR prototypes.  Of these four makers, Sony and Samsung have promised consumers delivery of a product in this calendar year. These companies has already left a mark in the 4K market.

So, there is ample reason you should be excited about HDR TV, even more so than the much heralded 4K version.  No matter what size TV you have, or prefer to buy in the future, HDR technology will enhance your viewing experience.  That is something 4K TV will not do for you. However, its price, at least in the beginning, might be a major deterrent as not everyone maybe willing to spend thousands on a television set. Nonetheless, HDR promises to be a lot more than just a television set. It’s a pure entertainment box!